Maguindanao music expert who brought ‘kulintang’ to US dies in California 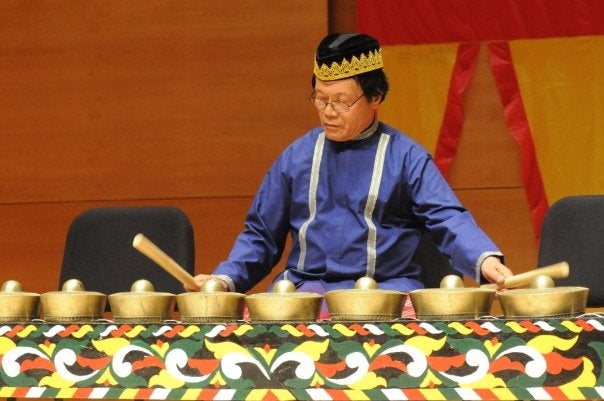 Maguindanao-born Prof. Danny Kalanduyan died (Wednesday 4:18 p.m.) at the Stanford University Hospital in California, where he was supposed to undergo a cardiac procedure. He was 69.

Kalanduyan literally exported the Maguindanaon music in kulintang ensemble, and the two-stringed kutyapi, by teaching Ethnic Music at the University of Washington in Seattle, after he left the Mindanao State University (MSU) at the height of the armed conflict in Mindanao in 1973.

In 1996, Kalanduyan was granted the National Heritage Fellowship Award, recognizing him as “Master Artist” in the American society, by then First Lady, and now Democrat presidential candidate, Hillary Rodham Clinton.

Kalanduyan was a college scholar, being a member of the Darangan Cultural Troupe of the MSU, where he graduated with a liberal arts degree in 1972. He obtained a post-graduate scholarship to study and teach ethnic music at the University of Washington at Seattle.

In 2013, Kalanduyan toured his mostly Caucasian students to his native Maguindanao, where they shot a video documentary of the Kulintang Ensemble, in a bid to trace its authentic origin in the province.

Last February, Maguindanao Governor Esmael Mangudadatu briefly cited Kalanduyan’s professional triumphs, when he, together with his younger brother Kanapia Kalanduyan was invited to judge cultural presentations at the Sagayan Festival.

Kalanduyan told his friends last January that he already wanted to come home for good.

From his home in Los Angeles, California, his family announced that he would be buried there as a Muslim.

Dean Amir Usman, a Maguindanaon professional who also lives in the U.S., said the last time he met Danny was during the recent Eidl Adha (Feast of Sacrifice) prayer in Los Angeles.  SFM