Calif. OKs textbook changes to include Filipinos’ role in WWII 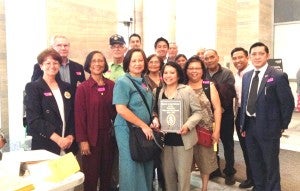 SAN FRANCISCO – California’s board of education approved the inclusion of Filipinos’ role in World War II in the Philippines in the revised history curriculum framework for the state’s schools.

The green light from the State Board of Education (SBE) came two months after the Instructional Quality Commission (IQC) unanimously approved the recommendations of the Bataan Legacy Historical Society (BLHS).

Many years of hard work by the BLHS and support from the Filipino community had led to the passage in 2011 of AB 199 sponsored by then-legislators Fiona Ma and Leland Yee, which encouraged the inclusion of the role of the Filipinos during WWII in the history/social sciences curriculum for Grades 7-12.”

With support from State Superintendent and concurrently SBE Secretary and Executive Officer Tom Torlakson, this important part of WWII history will be included in the Grade 11 U.S. history (Chapter 16) curriculum framework.

Events to be included

Among the historical events that will be included are: the Philippine Commonwealth; the creation of the United States Army Forces in the Far East (USAFFE) comprised of Americans and a majority of Filipinos; the disruption of the timetable of the Imperial Japanese Army by the USAFFE Forces despite suffering from disease and starvation and fighting without any air support; the Bataan Death March and its thousands of casualties; the role of the Filipino and American guerrillas during the liberation of the country; the American soldiers who were transported in hell ships to labor camps in Asia; the Battles of Leyte Gulf and the destruction of Manila.

“They revise the curriculum every ten years or so, the last being in 2005, so we had to have this done this year or wait for another ten years before we can even present this recommendations again,” explained BLHS Executive Director Cecilia Gaerlan.

“McTygue disclosed that California is one of only two states in the country with the most textbook consumers, and that any time there is a change in its curriculum, the publishers are obligated to publish another textbook with the change and/or inclusion to the existing text as approved, and these textbooks are distributed nationally. If this had happened in Rhode Island, the textbook publishers would not bother reprinting it,” Gaerlan explained. “That is why there are six representatives from the publisher’s group present at every meeting of the revision body.”

In other words, Gaerlan said, other states will have the Filipino inclusion because it will be in their textbooks too. This gave Gaerlan chills (“Nangilabot ako”) as she didn’t imagine the actual far-reaching effects the textbooks can have.

In anticipation of the SBE approval, Gaerlan disclosed that the BLHS had formed a curriculum steering committee to create a sample curriculum template that schools can use to implement Chapter 16 of the Grade 11 U.S. History.

BLHS is also organizing an exhibition that will open on October 15 at the War Memorial Performing Arts Center in San Francisco and a conference on October 29 at the San Francisco Main Library.

“After crafting the curriculum, we have to work with the different school districts so that they can use this. Among the work that still needs to be done is teacher training,” Gaerlan said. She still gets teary-eyed that it has taken this long for Filipinos to be given the full recognition they deserve for their role in WWII.

Philippine Consul in San Francisco Reginald Bernabe noted that the SBE approval came on the heels of the US Senate’s recent passage of the Congressional Gold Medal bill, which hopefully will also be passed by the House of Representatives. 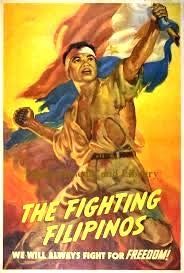 Finally, the Filipinos’ contributions during WWII will be included in California’s textbooks.

“The consulate has really supported this initiative from the very beginning and has thrown its full support to our community leaders especially the Bataan Legacy Historical Society for moving forward with AB 199, the root legislation for all these,” Bernabe stated.

He said the textbook changes would enable younger generations of Filipino Americans to learn of the sacrifices of their forefathers and connect with their country of heritage.

In an INQUIRER.net interview, Veterans Equity Center Board President Atty. Lou Tancinco stated that the SBE approval was long overdue: “After more than half a century, the Filipino veterans’ sacrifices and courage will finally be recognized in the history books. Educating the youth about the critical role played by the Filipinos during World War II will give them a better perspective on why until now we, the Filipino community are still advocating for full equity and justice.”

“For the first time, California high school students will learn about the important contributions that Filipinos made in World War II and the allied victory in the Pacific. The Bataan Legacy Historical Society and especially the leadership of Cecilia Garland are to be commended for their perseverance, dedication and hard work,” Sobredo wrote.

He added: “Now, the next chapter is the development of a history curriculum that California teachers can use to teach about Filipinos in World War II and the Bataan Legacy group has a curriculum committee comprised of seasons education professionals that are working collaboratively on putting such a curriculum together.”