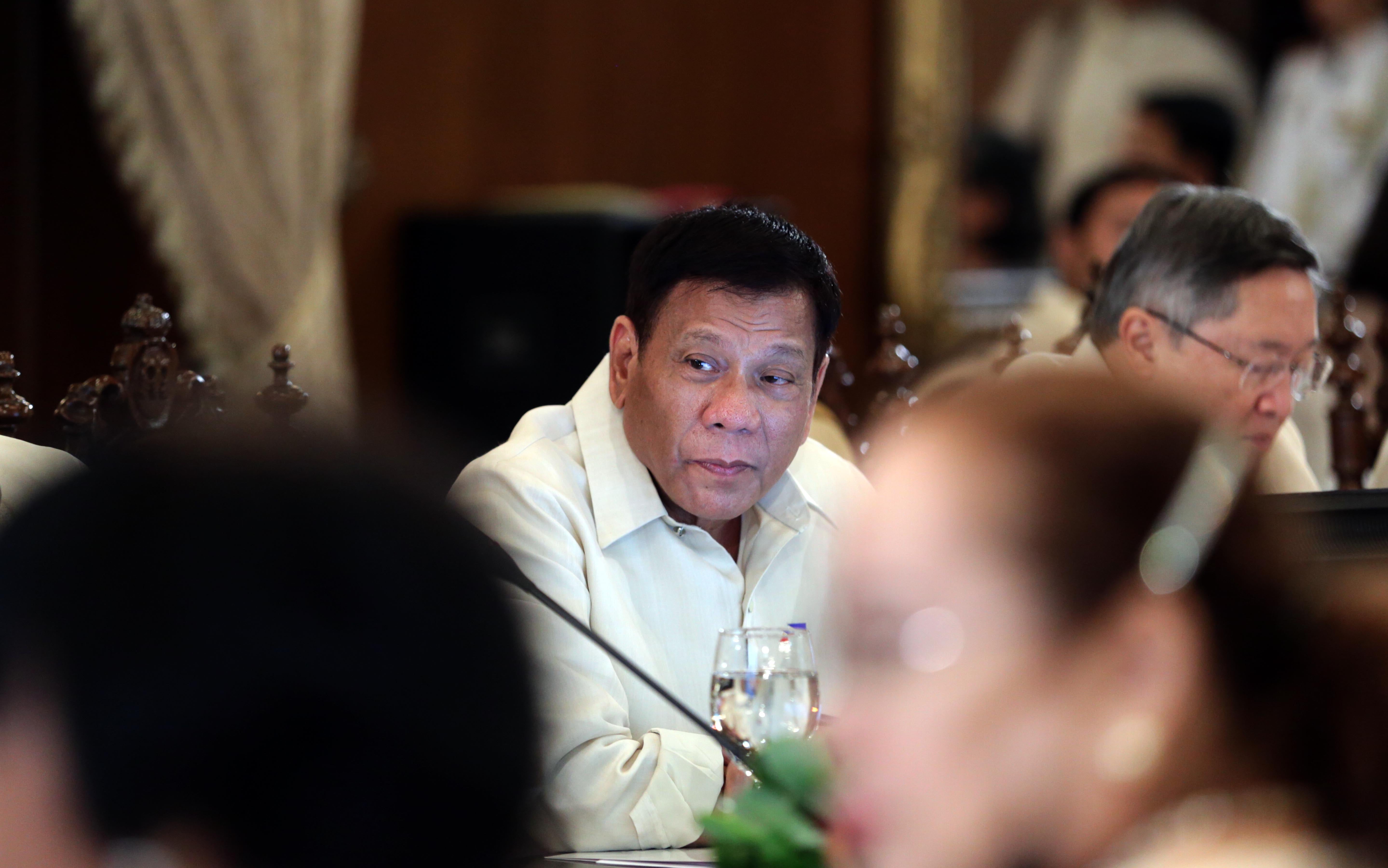 President Rodrigo Duterte on Tuesday called a Cabinet meeting after the Philippines won the arbitration case against China over the disputed South China Sea.

In a media advisory, the Palace said the Cabinet meeting would take place in Malacañang at 6 p.m.

Presidential Communications Secretary Martin Andanar said the UN ruling would be discussed during the meeting.

During the first Cabinet meeting last June 30, Duterte said the government would “study progressively” the decision of The Hague Court after it issued its ruling.

While it may be a moral boost if the country wins the case, Duterte has said that the government should still exercise prudence.

Speaking to reporters on Tuesday, presidential spokesperson Ernesto Abella also said that the government would study the decision before making any public statement.

“Everything will have to be subject to a discussion. After all, it’s going to be a lengthy decision and there will be a number of details that need to be properly threshed out before any statement—any decision is made publicly,” Abella said.

Abella said national interest would be a top priority in considering the government’s next step.

On Tuesday afternoon, the tribunal issued its ruling in favor of the Philippines.

“The Tribunal concluded that there was no legal basis for China to claim historic rights to resources within the sea areas falling within the ‘nine-dash line,’” the statement said.