Bayan taunts US ambassador on Mamasapano, expulsion from Bolivia 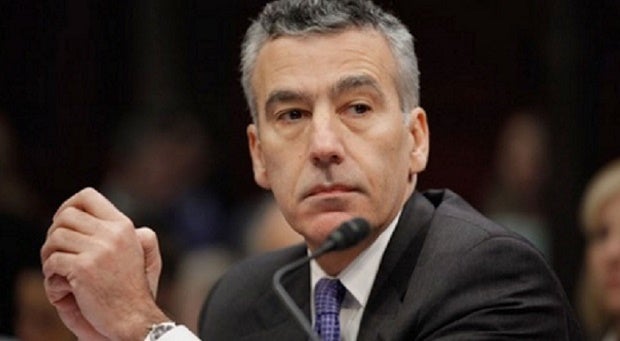 Militant group Bagong Alyansang Makayaban (Bayan) on Friday hit US ambassador Philip Goldberg for his statements on the Mamasapano incident, saying it is not the first time that the envoy involved himself in a country’s local operations.

“Goldberg is one to speak of legal framework. He was previously expelled from Bolivia also for interfering in that country’s internal affairs,” Bayan spokesperson Nato Reyes said in a text message to media.

It was in 2008 when Bolivian President Evo Morales declared Goldberg “persona non grata” from his country. Morales accused Goldberg of “conspiring against democracy and seeking the division of Bolivia.”

Goldberg, in a television interview, said the support America offered during the controversial Mamasapano operation was “within the legal framework” of the Philippines and the United States.

It was earlier revealed that the US provided intelligence and humanitarian and medical evacuation during the botched covert operation, which succeeded in killing international terrorist Zulkifli bin Hir (alias Marwan) but resulted in the deaths of more than 60 people.

“The US JSOTFP’s (Joint Special Operations Task Force – Philippines’) direct participation in a combat operation, in a domestic police operation in Mamasapano, is not covered by any existing agreement, contrary to what Amb. Goldberg is claiming,” Reyes said.

“The VFA (Visiting Forces Agreement) and the [Philippine] constitution do not allow such direct involvement. What happened in Mamasapano was illegal and [a] violation of our sovereignty,” he added.

Reyes said the US cannot “invoke” its “war on terror” to violate Philippine laws.

“In Mamasapano, Filipino lives were sacrificed because of the US obsession to get Marwan. The US was not concerned at all with the chain of command, the peace process, civilian casualties, and the resulting carnage. All they wanted was confirmation of Marwan’s death,” he explained.

“That is why we can never let a foreign government take the lead in any domestic operation. Their interests are not identical to ours,” he said.

The role of the US in the Mamasapano operation has long been questioned by critics of the US and the Aquino administration.

While Goldberg has insisted that the US was not involved in the planning and execution of the operation, testimonies during Senate hearings assert that the US provided real-time intelligence support, training and equipment to the Philippine National Police’s Special Action Force (SAF).

The US was also responsible for the identification of Marwan through DNA testing.

Senate Minority Leader Juan Ponce Enrile asked why the US provided intelligence on a “purely police matter.” He added that the VFA only covers military cooperation between the two countries.

“This is something that the government must explain, why they have allowed a police matter to include US participation. I’m not saying that I’m correct, but this has to be looked into,” Enrile said during the last hearing. CDG