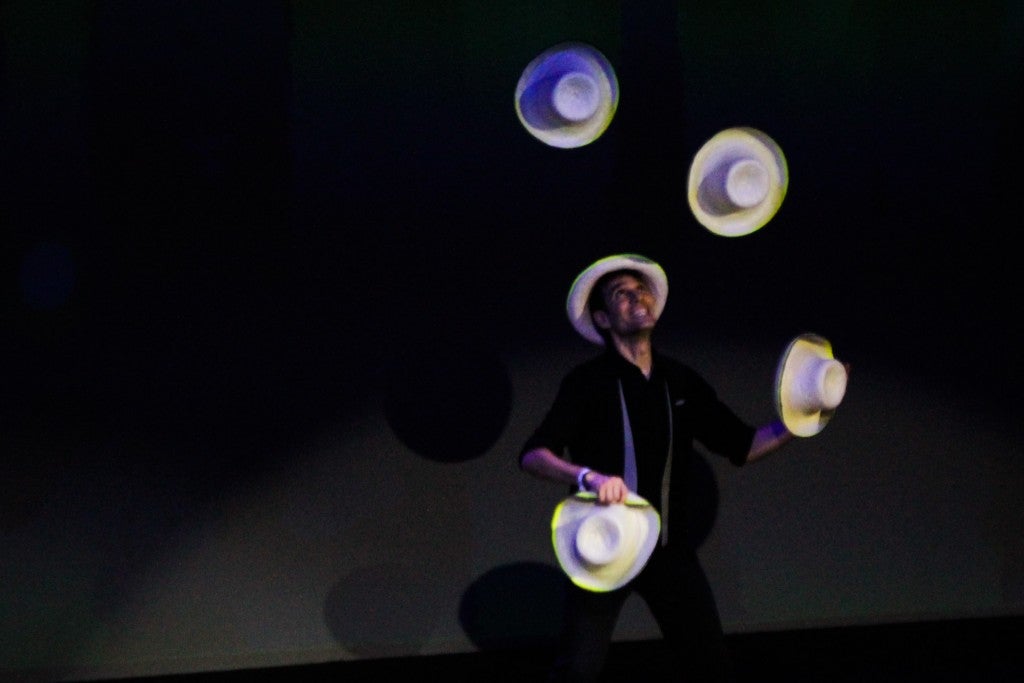 Paul Ponce, a professional juggler and circus performer from Argentina, opened his “testimony” as a devout Catholic by performing circus stints such as deftly balancing the football on his fingers and forehead, juggling several balls, and throwing several Cebu native hats like Frisbee and having them all boomeranging back to him.

He had some difficulty initially with the native hats, and he apologized later. “We are not perfect,” he said. “Our profession comes from our love of the Lord,” pointing to the crucifix on the stage.

Ponce had traveled around the world and performed at the Radio City Hall in New York and with the Circus Soleil, the famous French circus act from Canada.

Ponce said he belonged to a family of traveling circus performers so he was not born in Argentina and was baptized in Lima, Peru.

Ponce said he started taking seriously his Catholic faith when he attended confirmation classes in Bahamas, where he received the sacrament at 21 years old.

Ponce later performed with his wife and three kids, whom he said were born in different parts of the world because of his circus profession.

The performances delighted the international delegates, who will farm out in different groups in the afternoon Thursday to several parish churches of this city known as the “cradle of Christianity in the Philippines” since the first Christian conversions occurred here in 1521.

On Friday, the delegates will take part in a Visita Iglesia, a pilgrimage to several ancient churches of Cebu usually conducted as a devotional practice during Holy Week.