No terrorist threat against Apec in Manila — PNP 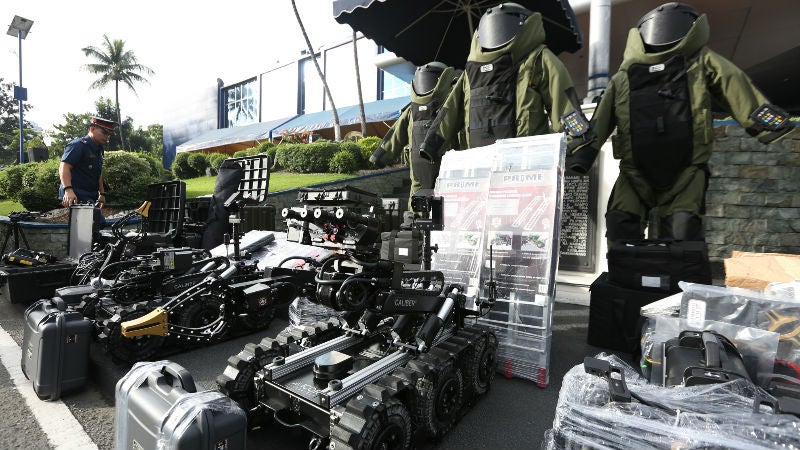 The Philippine National Police (PNP) on Saturday allayed fears of terrorist attacks during the Asia-Pacific Economic Cooperation (Apec) Summit in Manila next week, especially after a series of deadly shootings and bombings in Paris.

“So far there is no information, direct information that there’s a threat from terrorist groups,” PNP Director for Operations Chief Supt. Jonathan Miano said during a press conference on the full-scale simulation exercises for the Apec Summit.

“The only threat that we [expect] are the threats from the rallyists. They have already announced that they will be going to conduct rallies,” he explained, adding that the areas identified include Apec venues and the United States Embassy.

“So far that’s the only information we have. From other threat groups we have none,” Miano said.

On Saturday, bombings and shootings were reported in Paris. At least 120 people were killed in six places, including a concert hall and a restaurant.

The Department of Foreign Affairs said it has yet to receive reports of Filipinos affected by the incident.

READ: DFA: No Filipinos hurt so far in Paris attacks

Read more: No group has claimed responsibility for the attacks in France, which has been on high alert since jihadist attacks earlier this year at the Charlie Hebdo magazine office.

Paris will host by the end of November a high-level event on climate change. Heads of states from all over the world are expected to fly to the city for the climate change negotiations or the 21st Conference of Parties.

Meanwhile, Manila will host the Apec Summit next week, which will be attended by the likes of US President Barack Obama.