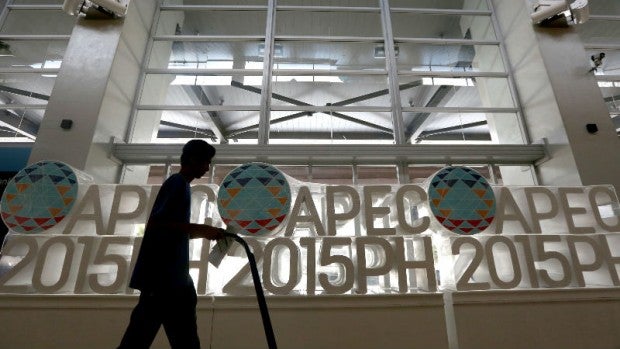 MANILA, Philippines—The Philippines Saturday vowed “higher security” for world leaders at an economic summit in Manila next week after a series of bombings and shootings left more than 120 dead in Paris.

US President Barack Obama is set to join the leaders of China, Japan, Australia, Canada and 15 others at an annual Asia-Pacific Economic Conference summit in Manila on November 18-19.

Asked about the implications of the Paris attacks on the Apec summit, Foreign Undersecretary Laura del Rosario, a member of the summit organising committee, told AFP by text: “Higher security.”

Foreign department spokesman Charles Jose added: “Our security officials are monitoring and assessing the situation and are taking necessary precautions to ensure the safety, security and well-being of all delegates.”

The Philippines has swept about 20,000 homeless from the streets, cancelled more than a thousand flights, deployed 18,000 police and declared public holidays in Manila to ensure a safe and efficient summit, the organisers have said.

Major streets in the usually chaotic capital are being closed to traffic to speed up the shuttling of delegates, with police asking building owners to close their windows to prevent their use by snipers.

The Philippines has a long history of Islamic militancy in a southern region about 1,000 kilometers (600 miles) from Manila, although extremists have also carried out deadly attacks in the capital.

Apec has 21 member-economies, but Russian President Vladimir Putin has told the hosts he is skipping the meeting.

Indonesia’s foreign ministry also said President Joko Widodo would be absent, while the hosts said the president of Colombia was attending as an observer.