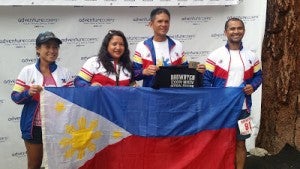 SAN FRANCISCO – Long-distance running phenomenon Gerald Tabios, one of the very few Filipino ultra-marathoners, finished what is billed as the toughest foot race in the world July 28 to 30, in the hottest place in America—the appropriately named Death Valley.

The Badwater Ultramarathon, which describes itself as “the world’s toughest foot race,” is a 135-mile (217 km) course starting at 282 feet (86 m) below sea level in the Badwater Basin, in California‘s Death Valley, and ending at an elevation of 8,360 feet (2,548 m) at Whitney Portal, the trailhead to Mount Whitney.

It takes place annually in mid-July in Death Valley, when the weather conditions are most extreme and temperatures over 120 °F (49 °C), even in the shade are not uncommon. Consequently, very few people—even among ultra-marathoners—are capable of finishing this grueling race. 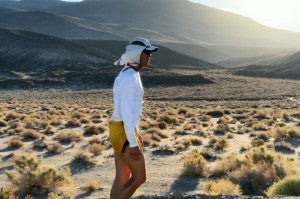 Tabios is a resident of Queens, New York and works as a chauffeur. He hails from Malaybalay, Bukidnon and is a graduate of civil engineering from Xavier University in Cagayan de Oro. He and his wife, Donna, immigrated to New York in 2001.

“Finally in 2011, I decided to try my first 50k ultra-marathon, which a few years earlier I swore I would never do. From then on I was “bitten by the bug.” To date, Tabios has completed 32 marathons and 40 ultra-marathons and countless shorter races.

Filipino is ready to take on world’s toughest foot race