Tucked along a row of unassuming commercial establishments in downtown Kuala Lumpur (KL) is Laguna Restaurant, a humble eatery that has endeared itself to overseas Filipino workers (OFWs).

“This is our second home,” Rudylyn Magtubo, a child care provider, says of Laguna Restaurant, which is currently located along Jalan Gereja.

While it is perhaps unusual to describe a restaurant as a “second home,” it seems quite true for Magtubo, who works at a nursery school.

“After my class, I immediately go here. This is where I spend most of my time,” she tells INQUIRER.net. “Even on Saturdays and Sundays. I am here until the evenings.”

Magtubo says she has been working in KL for three years and had difficulty adjusting to Malaysian food, which is usually spicy. She says she would rather eat hard-boiled egg and rice instead of trying the local food.

She recalls how happy she was when she found out that there was a restaurant selling authentic Filipino food.

“It’s really good. You won’t miss the Philippines because of the delicious food,” she says in Filipino.

Ronnie Tan, one of the owners of Laguna Restaurant, says they are proud of being the only full-fledged Filipino restaurant in Kuala Lumpur. 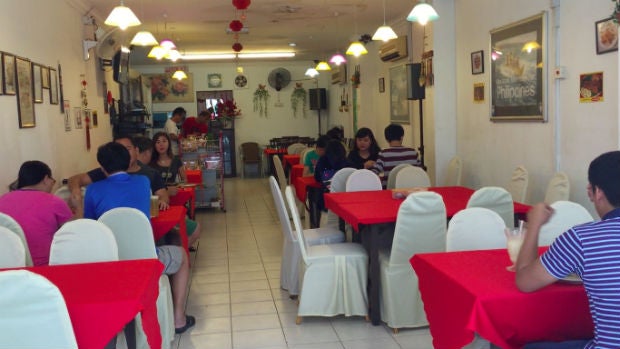 “There are many turo-turo in Kota Raya. (But) to push the cuisine you should serve them well and (have) hot (food),” he says, explaining that unlike a turo-turo where people are given food displayed in the stalls, his staff cooks meals only when customers order them.

Tan, who is a Malaysian Chinese contractor, first opened his restaurant in Malacca in 2010. He and his partner, a Filipina, came up with the idea after their friends lamented about not having a Filipino restaurant in the area.

He says the business allowed them to give jobs to their unemployed friends, although they had to hire a cook from the Philippines.

In 2012, they decided to transfer the business to KL after Filipino patrons told them that there would be more customers in the city.

Currently he has a five-man staff: a cook and four people assisting in the kitchen. “All from the Philippines. I’m the only one who is non-Filipino,” he says.

Although there are other restaurants offering Filipino food, Tan says those are halal-compliant and do not serve pork, which is among the meat staples in Filipino cuisine.

He says they even buy seasoning and condiments from the Philippines to ensure that the food is authentic.

Their bestsellers? Crispy pata and sisig.

Their sisig, served on a sizzling plate with egg, a drizzle of mayonnaise and large slices of red and green chili peppers, tastes very similar to the ones sold in restaurants in Manila.

Elbert Napa, an architect working on a train project in KL, said he goes to Laguna Restaurant twice or thrice a month. On Fridays, he brings his Malaysian colleagues with him.

“It’s authentic. That’s why I return here, especially when I crave for Filipino food,” he says. “YOu can’t find pakbet or tinola in other restaurants here.”

Asked if the food tastes delicious, he says, “It tastes good because the ones preparing the food are Filipinos.”

Shirley Seña, on the other hand, said she also goes to Laguna Restaurant for the company.

“When we meet a new friend, we bring them here,” she says. “The food is delicious here. We have so much fun and the place is pleasant. They even have videoke.”

Seña says sometimes there is singing and dancing.

In fact, it is in Laguna Restaurant that she met and befriended Magtubo.

Magtubo says she has met a lot of her friends in the eatery. This is because many OFWs attend Mass at the nearby St. John’s Cathedral and then go straight to Laguna Restaurant for lunch.

“This is where I started to have a lot of friends,” she says.

Seña says it also helps that Tan and his partner are very accommodating.

Throughout the interview, Tan would greet newcomers. Afterwards, he would check on them, especially the group of Chinese teenagers who decided to try Filipino cuisine for the first time.

He says he feels “satisfaction” whenever he sees the place full.

“It’s good to know that most of the Filipinos know our restaurant,” he adds.

Always the enterprising businessman, Tan says he plans to expand his business.

He explains that the current location is not favorable to OFWs working elsewhere.

“We need to branch out so we can reach them,” he explains.

He says he is already planning to open a restaurant near Genting Highlands and perhaps another one along Jalan Alor.

Genting Highlands is a hill resort popular for its casinos while Jalan Alor is a popular food destination in Kuala Lumpur, featuring restaurants selling seafood and other Asian cuisine. 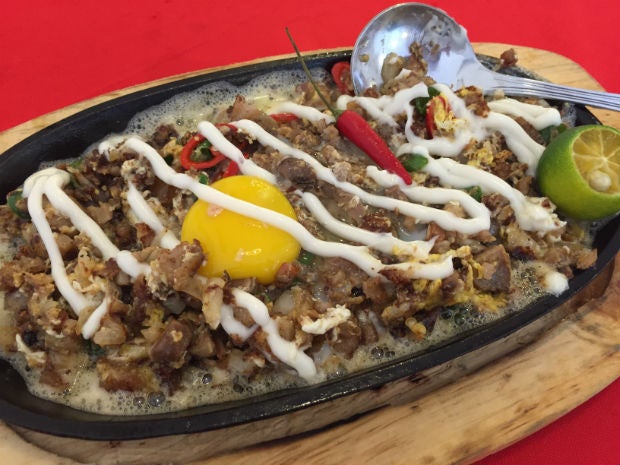 Like Merienda de Eva, which caters to another target market in Damansara Heights, Laguna Restaurant has paved the way for the recognition of Filipino cuisine in Malaysia.

READ: A taste of the Philippines in Kuala Lumpur

It has been featured in local television shows and publications, including TimeOut Kuala Lumpur, a popular consumer magazine.

For now, Laguna Restaurant continues to serve its purpose by providing comfort food to OFWs. Indeed, food from the homeland can be a powerful balm or cure to homesickness. 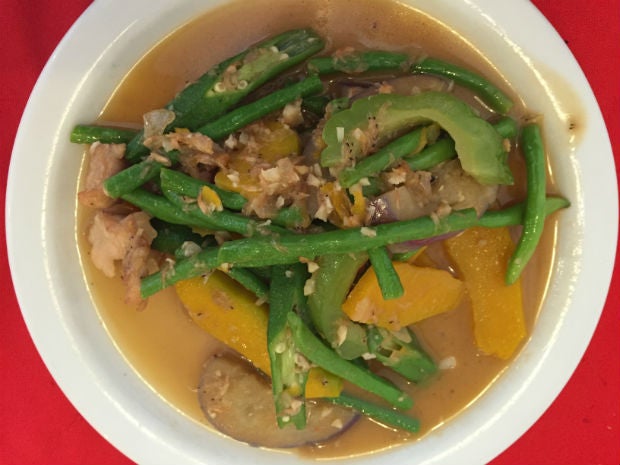