Saudi Arabia: 2 million in Mecca for start of hajj 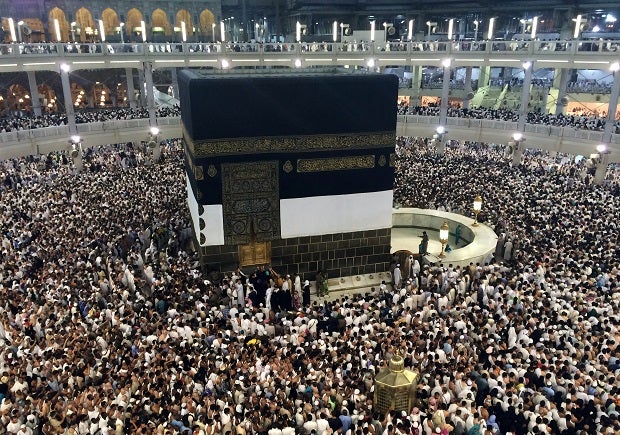 Muslim pilgrims moving around the Kaaba, the black cube at center, inside the Grand Mosque, a day before Muslim’s annual pilgrimage, known as the Hajj, in the Muslim holy city of Mecca, Saudi Arabia, Wednesday, Oct. 1, 2014. AP

MECCA — An estimated 2 million Muslims are streaming into a sprawling tent city near Mecca for the start of the annual Islamic hajj pilgrimage. Saudi Arabia says there are 1.4 million visitors to the kingdom for the hajj.

The pilgrims are heading on Thursday to Mina, about five kilometers (three miles) from Mecca, where they will spend the night in prayer and supplication.

The hajj, a central pillar of Islam, lasts about five days.

Missing from this year’s hajj are pilgrims from the countries hardest-hit by the Ebola virus.

Saudi Arabia banned hajj and work visas this year for people from Sierra Leone, Liberia and Guinea as a precaution to avoid the spread of Ebola during hajj, which sees massive crowds of people from around the world gather in Mecca.