It takes hard work to stage a pageant, also to win it | Global News

It takes hard work to stage a pageant, also to win it

• Rigorous training behind most winners 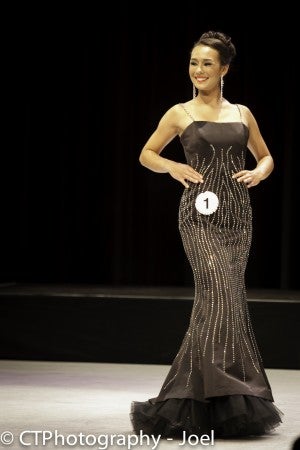 NEW YORK, New York — A beauty pageant is a lot of work for a year’s reign. That is, if you win the title. So why are many women enamored with it?

Alexa Kirby of Romansville, Pennsylvania, was crowned here last July as “Miss Philippines-Quest (East Coast) 2014.” She will then compete in Miss World-Philippines onSeptember 21 in Manila and, if she wins there, she will fly to London in December to vie for the biggest crown yet, Miss World.

In the Quest contest, there were 10 competing candidates from the northeast. It was a good selection, considering Filipinos are fewer in the northeast compared with, say, California, which has nearly 1.5 million more Filipinos.

But can we take beauty pageants seriously? It seems such an antiquated tradition. However, avid watchers will tell you these contests serve a purpose beyond all the pomp and pageantry.

Grace Labaguis, the organizer of the pageant through her company Synergy Production, said it’s really about “sharing her inner beauty with the world, being an ambassador to the world.”

But staging a pageant takes a lot of work and commitment both for the organizer, the contestants and the eventual winner.

Labaguis was hesitant to take on the project initially.

“This is not a one-time event. This is an ongoing project and it entails managing the winners. It’s a big responsibility but also a learning process. It helps me in my work with and for the Filipino-American community,” she said.

It was offered to Labaquis by Cory Quirino’s marketing arm in the Philippines. She said she was busy with other projects, but family, friends and Quirino herself encouraged her to take it on.

D. Izzajaye Dungca, a fashion designer who also served as consultant at Dominican beauty pageants, trained the Filipino American candidates and is training the winner, Alexa, before she heads to the Philippines. She said the pageant helps the young girls gain confidence and even make lifelong friends. It also opens doors for them.

“Pageants give them a voice to teach, educate, relay a message or help others via charity,” Dungca said. They become advocates for a cause. It helps them stay away from trouble, as the world becomes less about them but the world they see.

It looks like having a Filipino-American, Megan Young, winning Miss World 2013 has had the effect of attracting more Fil-Am contestants. Some may say Fil-Ams are not true Filipinos, because they were not born in the Philippines or that they were raised in the States or that they are of mixed race.

There’s an upside. Many of them have no baggage about the past and are only too willing to learn about what their parents have denied them all these years—a Filipino identity.

At 18, Alexa is too young to understand what’s really happening in the world, but it doesn’t stop her from thinking how she can help people in need. “I volunteered at Chester County Hospital for four years,” she said in a sit-down interview last week. In fourth grade, Alexa also volunteered as an altar server at a church.

Born in the States to an American father and Filipino mother, Alexa has been doing charity work with her mother, Maria, since 2010. Maria would collect coupons that she and Alexa used to get goodies for the needy in Marinduque. “We must have sent eight balikbayan boxes to families there, through Philippine Hearts & Hopes USA,” she said.

Alexa is not new to beauty pageants. Two years ago, she was crowned Miss Teen Philippines in her hometown. She also won Best Gown and Best in Swimwear. In bagging the title, she received $1,000 to donate to her charity of choice, which she gave to Sacred Heart Parish Church. She was also part of Miss Teen Pennsylvania.

The 5’8” beauty who just finished work as a camp counselor is hoping to learn more about her Filipino heritage when she leaves for the Philippines end of August. This would give her ample time to train with other candidates in Miss World Philippines.

Alexa knows she will get some more training there, but in the States, Dungca is doing all she can to prepare her. “It may sound superficial, but the pageant industry follows a certain standard of beauty. Aside from the obvious physical regimen, I also mentor the girls to be mentally prepared. I give a rigorous question and answer exercise.”

In all the training that Alexa is getting, she misses eating rice the most. “I’ve hardly eaten rice these past six weeks. It’s mostly fruits and veggies.” She eats mostly Filipino food, with tapa, longganisa, dinuguan and turon as her favorites.

Glide as opposed to bounce

When it comes to personality, Dungca said every candidate is different. “All I can do is enhance their personality, tell them to be true to themselves and to enjoy the process.”

The most important thing she tells them is to be humble. “Humility is a big factor in being a beauty queen,” she said. No wonder many of them could pass off as diplomats.

How do they train for that smile which they wear all night? Dungca said they do some facial exercises along with some proper walking, posing and body language. “You glide, not bounce.” Then there’s the customary “duck walk” (walking squats), which is supposed to strengthen their legs and thighs.

And if you wonder how these candidates can still manage to smile while answering a tough question and have presence of mind, that’s all part of the show. “I constantly remind the girls that there is no right or wrong answer and to speak from the heart and to make it brief,” Dungca said.

That’s comforting. Perhaps it helps for some candidates to know when they’re on that stage and they can barely see anyone in the dark because the spotlight is on them. “I don’t see anyone (when I’m up there),” Alexa said as if it were the most natural thing.

Meanwhile, the entire world can see them. In fact, everyone is watching, hanging on their every word—and smile–and hoping they don’t trip up in the Q&A.

This time around, though, it would be a nice change if–instead of saying they wish for world peace–they can broker a peace deal. Perhaps it takes a woman to do that.