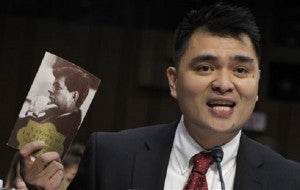 MANILA, Philippines—An autobiographical documentary by one of America’s best known illegal immigrants has opened an independent film festival in his home country, the Philippines, to applause, laughter and tears.

Pulitzer Prize-winning journalist and now immigration activist Jose Antonio Vargas’ mother received a certificate of recognition on his behalf at the 10th Cinemalaya film festival in Manila on Friday night.

“Documented” was written, directed and produced by Vargas, who has worked for The Huffington Post, San Francisco Chronicle and Philadelphia Daily News and was part of a Washington Post team that won a 2008 Pulitzer for its report on the 2007 Virginia Tech shootings.

The film tells of Vargas’ 1993 journey to America as a 12-year-old unaccompanied immigrant to join his grandparents, and his painful 21-year separation from his mother.