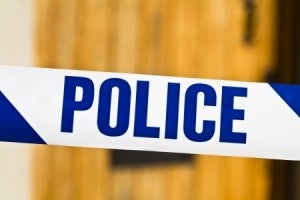 CEBU CITY, Philippines—A Japanese and 45-year-old Cebuana are facing charges of attempted trafficking and child abuse after the woman allowed her 15-year-old daughter to sleep with the foreigner.

The charges against Masahiro Shinoda, 65, and the Cebuana, the girl’s mother, were filed in court on Friday after the city prosecutor’s office approved the filing of the criminal complaint.

Shinoda and the woman were detained after police arrested them on July 25 when a representative of the Department of Justice (DOJ) Interagency Council Against Trafficking saw the Japanese with the girl at the pier, waiting to board a vessel bound for Bohol province.

The girl had told the DOJ official that Shinoda was her uncle and that she was 16. The girl called her mother, who was also at the pier. The woman and the Japanese were arrested at the pier.

The girl’s mother denied that she pimped her daughter, saying the child communicated with the Japanese through the Internet.

The Japanese, she added, paid for her daughter’s school fees.

In her affidavit, the girl said her mother registered her on an Internet dating site in February and listed her age there as 19.

She said her mother introduced her to Shinoda, a Japanese widower who, in his online profile account, wanted to hire a tour guide in the Philippines.

She said her mother acted as a “bridge” because she knew how to write in English and knew a little Nippongo.