In fact, it appears that the rise in cases of the deadly disease has not deterred Filipino Muslims at all, said Yaser Apion, NCMF head for Western Mindanao.

According to Apion, some 2,500 applications for the annual Muslim hajj were filed in the NCMF regional office by June 30, the deadline for the special travel permits.

Apion said there had been no advisory from the Saudi Ministry of Hajj to stop pilgrims from traveling to Mecca, which was why the NCMF had no basis for stopping Filipino Muslims from leaving the country.

“We can only discourage them, especially those who are 65 years old and over and those not physically fit. We do not only dissuade the elderly from going to Mecca due to the MERS-CoV threat but also because of the physical rigors of the hajj,” he said on Thursday. 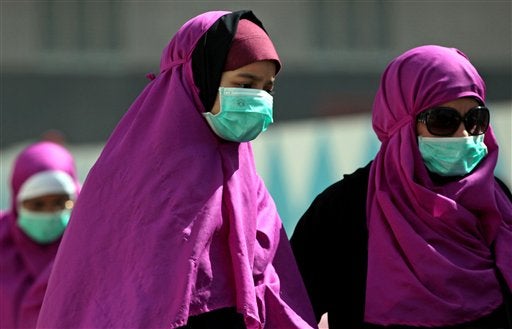 Apion said they made every elderly pilgrim understand that it was not obligatory for them to go on a hajj—one of the five pillars of Islam.

Like other pilgrims, they were made to undergo at least four vaccinations, to help protect them from upper respiratory infections and other diseases before being issued a visa by the Saudi Arabian government.

In Cotabato City, the Department of Health of the Autonomous Region in Muslim Mindanao continued to urge Muslim Filipinos to postpone their pilgrimage to avoid contracting MERS-CoV.

“Nobody can say who will get infected and who will not. A pilgrim who gets infected can pass on the infection to family members once he or she is back home,” Dr. Kadil Sinolinding, ARMM regional health secretary, told reporters on Thursday.

Sinolinding said that while the disease did not target specific age groups, most vulnerable were the elderly and those whose immune systems had been “comprised” over the years due to other diseases.

“This is not to suppress the centuries-old tradition of performing the hajj,” he said, adding that “it is about protecting the pilgrims from MERS-CoV and their families and neighbors too when they return to the country.”