2 Filipinos among top Canadian immigrants for 2014 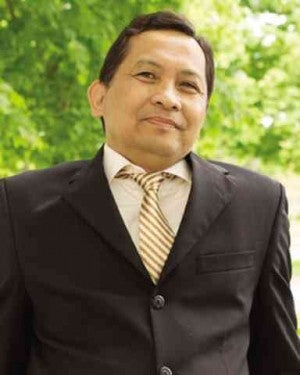 Now on its sixth year, the program serves “to uncover and celebrate the inspiring stories of Canadian immigrants who have made a significant contribution to Canada since their arrival,” the magazine explained. The contest drew over 630 nominations which were then reduced by a panel of judges to a shortlist of 75. The public was then asked to vote online to chose the year’s winners.  Chevrolet was an associate sponsor.

Rodil was awarded for his work in helping elderly immigrants as a settlement worker.

Rodil, a former bank executive who holds a PhD in public administration from the Philippines,  said he migrated  “to give my children a better future.”

But starting out in a new land in 2004 was difficult. He took on work as a sandwich maker, pizza maker, salad maker, dishwasher, cashier and cleaner. “I struggled a lot in Canada as an immigrant by doing low-level skilled work despite  my strong educational preparation and more than 20 years of work experience in the Philippines but I became more focused, more assertive and more confident,” he is quoted as saying.

Eventually, he went back to school, completing a  social service worker diploma at George Brown College in 2009, and earning academic and leadership awards. He did volunteer work for scores of charitable organizations before he was finally offered a full-time position as a settlement worker of the Thorncliffe Neighbourhood Office in 2010.  His hard work did not go unnoticed. He assisted thousands of immigrants from live-in caregivers and refugees to international students and skilled workers find their way in Canada. Even before he won this award, he was recognized by his organization for his outstanding contribution and leadership. He also won the 2012 United Way Bhayana Family Foundation Award for his dedication to work, among others. Early this March, he was promoted to the position of elder persons program coordinator where he works with multicultural seniors in Thorncliffe Park. 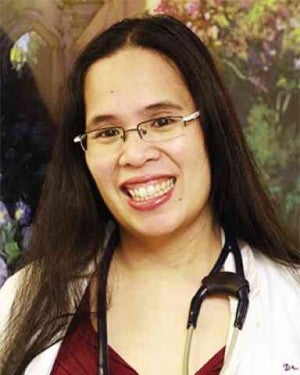 In the citation for the RBC Canadian immigrant award, he was cited for “bringing hope to thousands of his newcomer clients in Canada, particularly seniors, through his work.”

Rodil urged all immigrants, regardless of age, to never give up: “Being a family man with three children, the biggest challenge for me was when I was working overnight as a cleaner and studying full-time during the day for two years. I had only two to three hours of sleep a night,” he told Canadian Immigrant. “But I maintained my perfect attendance and punctuality both at work and in school. When I had a test in school, I put my notes on top of the movable garbage bin I was using while at work, and glanced at them while pushing the garbage.”

The other Filipino awardee, Anna Wolak, is a family physician in Vancouver. She migrated to join her parents and brothers in Canada in 2007.  Canadian Immigration noted this wasn’t her first big move—in 1999, she had left her native Philippines for Australia to pursue a medical degree.  Migrating to Canada meant she would have to pass new  accreditation exams and gain residency experience.

“I worked very hard,” Wolak was quoted as saying of her first years in Vancouver. “There is no substitute for this. An immigrant has to work to succeed in a new environment in order to … establish oneself in one’s profession.” She accepted a position in Osoyoos, in British Columbia’s Okanagan Valley, and also worked as an emergency physician in nearby Oliver. 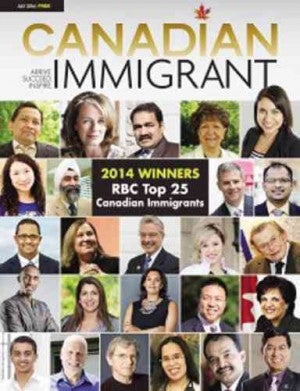 She had recalled: “The first winter I spent in Canada was one of the coldest in British Columbia… It was the first time I’d seen snow of such magnitude—the snow banks were eight feet tall! I struggle with snow to this very day, especially if I have to drive in it.”

Wolak has gained the respect and admiration of her peers.  Canadian Immigrant noted: “Besides working as a family doctor at Fraser Street Medical in Vancouver, she holds a faculty appointment at the University of British Columbia’s department of family medicine and serves as chair of planning for the Post-Graduate Review in Family Medicine conference, now in its 50th year. She frequently gives preventative health lectures to the public, developed the curriculum for a prenatal course that’s being taught at a local community center and volunteers for organizations that raise funds for teenage cancer research.”

She is also a mother to her son, Jacob, and just a few weeks ago, she and her husband, Arthur, welcomed their second child, Joshua. With reports from Canadian Immigrant, Philippine Canadian Inquirer and Munting Nayon-Netherlands