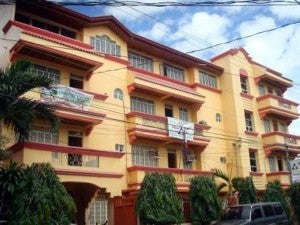 Department of Labor and Employment building PHOTO from dole.gov.ph

MANILA, Philippines—The Department of Labor and Employment announced on Tuesday that the Philippine Overseas Labor Office (POLO) in Riyadh already suspended Al Motkasess Recruitment Office, the Saudi-based agency that recruited Pahima “Candies” Alagasi Palacasi, the 22-year-old domestic helper who was burned by her employer in the Middle East.

“Labor Attache to Riyadh Rustico Dela Fuente said the POLO has summoned the Saudi recruitment agency that recruited Palacasi and promptly placed it on documentary suspension, which prevents it from recruiting any more workers from the Philippines,” the statement said.

Ambassador to the Kingdom of Saudi Arabia Ezzedin Tago also instructed the POLO and the Assistance to Nationals Section to jointly investigate the OFW’s case.

“OFW Palacasi is determined to file a case against the employer. The Embassy and the POLO will assist her,” Dela Fuente said in his report.

Meanwhile, Baldoz said that even if Palasi was not a member of the Overseas Workers Welfare Administration (OWWA), she can avail of its livelihood programs in case she returns to the Philippines.

Arnel Tahal, Palacasi’s cousin who came to her rescue, said they hope that there are more job opportunities in the Philippines so they need not sacrifice abroad. He is also a domestic helper in Riyadh.

(The reason why we are working hard abroad is because it’s difficult to find a job in the Philippines. But this is what we suffer while working here. There are those who are raped, killed and subjected to the same condition as my cousin.)

In a separate interview, John Leonard Monterona of Migrante-Middle East said they are set to meet with Palacasi and her relatives. He said they will campaign and launch a justice movement for her and other maltreated women OFWs.

“We reiterate our call to work for the passage of local laws and social legislation that would truly guarantee migrants rights and welfare especially in mid-east countries,” he said.

Monterona also urged the government to stop its “labor export program” and instead invest on creating local jobs that will give Filipinos sufficient income and benefits.