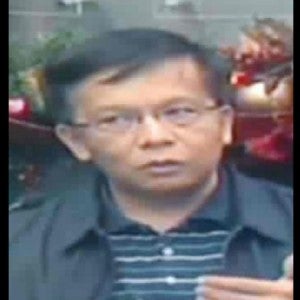 MANILA, Philippines—The Philippine Overseas Employment Administration (POEA) on Thursday suspended the four recruitment agencies that deployed two of the female workers who testified in the Senate against Filipino labor officials in Saudi Arabia accused of running a sex-for-flight operation.

Beleta and Sales, who both ended up working in Saudi Arabia, were among those who accused Filipino overseas labor officials of demanding sex or pimping them in exchange for plane tickets home.

Lawyer Leah Fortuna, chair of the Department of Labor and Employment fact-finding team, endorsed the two cases to the POEA, seeking legal action on the allegations of the complainants.

Citing the sworn testimonies of the two, Cacdac said they found strong evidence against the recruitment agencies.

“They were found to have engaged in acts of misrepresentation, contract substitution, illegal collection of placement fees and other violations in the process of recruitment and deployment,” Cacdac said.

Sales, in her complaint, said she applied for a household service job at Jobstar International in December 2011 and was made to pay a placement fee of 800 Saudi riyals to be deducted from her salary.

A check by investigators of Sales’ records with the POEA showed that her recruitment papers were processed by Ideal Placement for a housekeeping position at AMI Saudi Arabia Limited/Security Forces Hospital with a monthly salary of US$314.

Sales left for Saudi Arabia on Jan. 27, 2012, and it was only on that day she discovered that her documents had been processed by Ideal Placement. She checked her employment contract and was surprised to find that it bore a different name.

Nevertheless, Sales said, she took the job of tending the house and children of an Arab man, who made unwanted sexual advances toward her. She left her employer in March 2012 and went to the Philippine Overseas Labor Office (Polo) where she worked as a janitress.

Beleta, on the other hand, said she applied for a beautician’s job with Azizzah International and paid P15,000 in placement fee, but her documents were submitted to the POEA by Kozen International for processing as a nurse.

Beleta flew to Saudi Arabia on March 28, 2013, hoping to still work as a beautician in a parlor but she was instead brought to the house of a Mohammed Al Faisal. She ran away from her employer on April 18, 2013, and went directly to the Philippine Embassy in Riyadh.

The DOLE investigating team, however, did not find evidence of a sex for repatriation racket run by its labor officials.

The labor officials, however, are facing unrelated charges for their failure to perform their duties well.

In addition to the charge of simple negligence against Villafuerte, Baldoz approved the fact-finding team’s recommendation to refer the complaints for sexual harassment against the Riyadh official to the DOLE Committee on Decorum and Investigation.