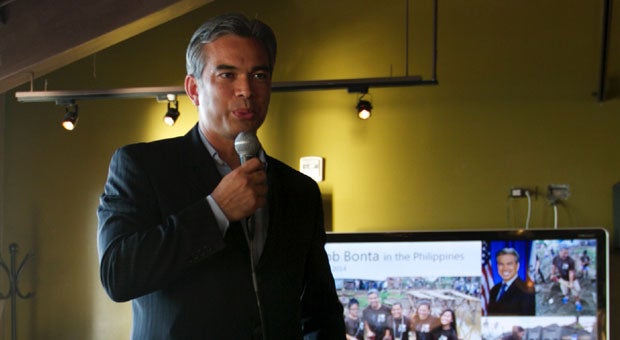 Assemblyman Rob Bonta speaking at a fundraiser for his second run for the California Assembly. Behind him was a video of his five-day “working” visit to Tacloban with Gawad Kalinga mid-April. PHOTO BY MANDY CHAVEZ

SAN FRANCISCO, California – Speaking to supporters at a fundraiser for his second run for the California Assembly on May 1 at Hana Zen Restaurant in Fishermen’s Wharf, Assemblyman Rob Bonta, recalled that after his high school graduation, his mother humbly announced to her friends that her son was at Yale. But most heard “jail,” and they all felt sorry for her.

But what indeed could be expected from the son of rebellious Filipino Americans who worked with the United Farm Works of America and the civil rights movement?

His mom, Cynthia Bonta, had to speak louder and explain that her son, Rob, was not in jail but had been accepted to Yale University.

He would make his parents proud by graduating from Yale with honors and distinguishing himself with several awards. He then took further studies at Oxford University in London, and earned his Juris Doctorate from Yale Law School. That was just for starters.

Bonta is the first Filipino to be elected to the California Legislature. Bonta has thrown his hat in the ring for a second run at for the California Assembly from District 18 in the East Bay.

On his first term alone, the junior legislator authored 10 bills.  For his second term he plans to author twice as many. 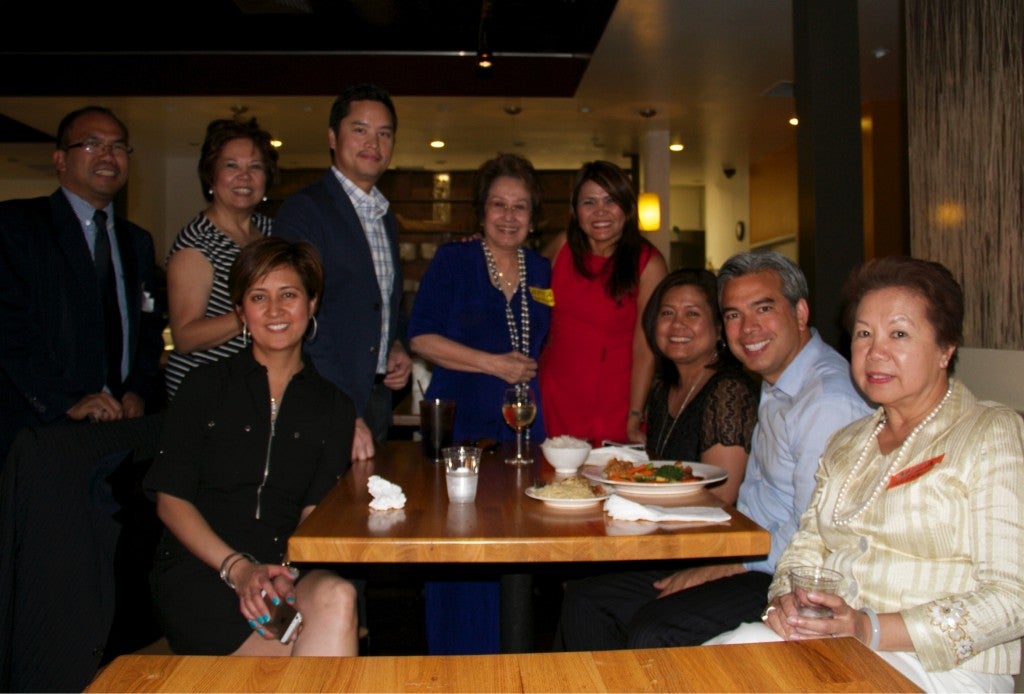 Of the 10 bills he authored, one honors his heritage. AB123 requires school instruction on the significant role of Filipino Americans in the California Farm Labor Movement. This bill passed the Assembly 68-0, quite an impressive feat of collaboration. It was signed to law by Governor Jerry Brown in October 2013.

“The goal of AB 123 is to supplement California’s rich farm worker history with the contributions of the Filipino American community,” Bonta explained.

“The Filipino American population constitutes the largest Asian population in California and continues to grow; yet the story of Filipinos and their crucial efforts to the farm labor movement is an untold part of California history,” Bonta added.

Bonta asked his supporters to encourage young people to serve the community. He said start them early in the service of the people, build pipelines early on and take baby steps in getting involved in politics. “But first and foremost, to register to vote.”

Those who attended the fundraiser at the bidding of retired filmmaker, Lupita Kashiwahara, opened their wallets to support their kababayan. Some of differing political persuasions and party affiliations welcomed each other like long-lost siblings, into a united front for a favorite son.