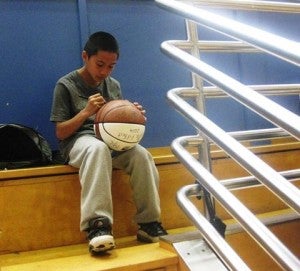 SACRAMENTO, California — An underprivileged eighth-grade boy from San Francisco on Tuesday, April 29 is visiting Assembly Member Rob Bonta in the state capital to learn how the state assembly and one of its members work.

Michael will shadow Bonta as he goes about his day in Sacramento, and he gets to be an “assembly member for a day.”

Bonta was honored as a Distinguished Citizen for Public Service in 2013.

As part of the honor, each awardee was assigned to mentor one child from West Bay’s academic enrichment and mentorship program.

Michael recently competed in the San Francisco Unified School District track and won first place.  He has a 4.0 GPA.

Michael is a gifted child from one of the poorest families in West Bay Pilipino Multi-Service’s after school program. He has serious dental defects, which make him too embarrassed to even smile.

Michael says he would like to be a “Pokemon trainer, an architect, basketball player or a track runner” when he grows up. His favorite activities are drawing, math, running and basketball.

West Bay is honoring a second batch of Distinguished Citizens on June 28 this year. Bonta will be a keynote speaker during the awarding ceremony at the Hotel Intercontinental on Howard Street in San Francisco.