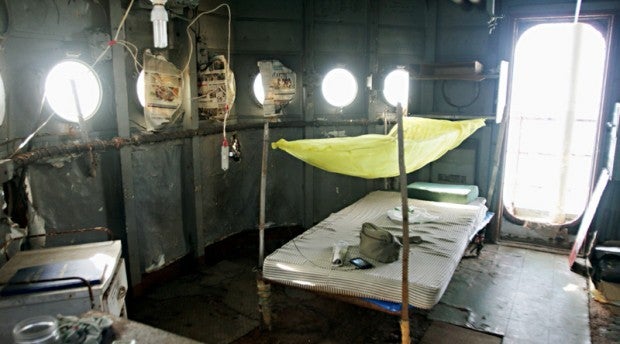 The military on Friday denied a supposed standoff between the Filipino garrison on the BRP Sierra Madre and Chinese coast guards at the disputed Ayungin Shoal (Second Thomas Shoal) off Palawan province on Thursday night.

“It is not true. Things are normal there now,” said Lt. Col. Ramon Zagala, public affairs chief of the Armed Forces of the Philippines.

Zagala said at least two Chinese Coast Guard vessels were sighted in the vicinity of Ayungin Shoal on Thursday night.

Chinese Coast Guard vessels in the area number between two to four at any given time, but at times increase to seven.

“It appeared to be their normal routine monitoring,” Zagala said.

He added that the AFP Western Command and the Naval Forces West, in charge of the country’s territorial defense, “are both on white alert, which means everything is normal.”

Twitter was abuzz on Thursday night about the alleged standoff at the shoal, but the posts did not give details about the incident.

The government grounded the BRP Sierra Madre on Ayungin Shoal in 1999 to mark Philippine territory in the West Philippine Sea after China seized the nearby Mischief Reef (Panganiban Reef) four years earlier.

The Philippines and China are locked in a territorial dispute over Ayungin Shoal, a rich fishing ground with atolls and reefs believed to be sitting atop vast oil and gas reserves.

China claims 90 percent of the 3.5-million-square-kilometer South China Sea, including waters close to the shores of its neighbors.