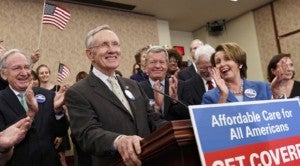 The new total represents a 19-percent increase from the 163,512 enrollments recorded through Jan. 31. An additional 184,813 have been determined likely eligible for Medi-Cal in the nine-county area.

The five-month Covered California total represents 218 percent of the base projection of 89,599 enrollments the agency estimated for the region during the entire six-month enrollment period, which ends March 31 (see the table attached). Enrollment in Medi-Cal is year-round.

Statewide 880,082 consumers enrolled in plans for the five-month period ending Feb. 28. The total increased to 923,832 through March 9. Covered California also announced on Monday that it had enrolled more than one million consumers as of March 14.