• Other calamity-hit countries have been granted TPS 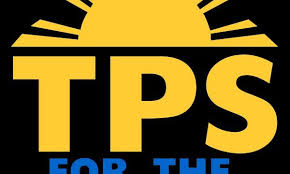 SAN FRANCISCO, California – A coalition of community groups designated Thursday, March 27 as “Community Call to Action Day” to mobilize telephone calls to the US State Department urging Secretary of State John Kerry to recommend Temporary Protected Status (TPS) for the Philippines to the US Department of Homeland Security (DHS).

The coalition agreed on the call to action in a national telephone conference call held on March 15 to discuss the status of the campaign to grant Temporary Protected Status (TPS) to the Philippines, a move that may benefit as many as 500,000 Filipinos in the United States who are currently out status.

Arnedo Valera of the Migrant Heritage Commission, the Washington D.C. group, which initiated the call for TPS last November, reported that Philippine Desk Officer David Arulanantham at the US Department of State confirmed that the favorable recommendation for TPS for the Philippines is now on the desk of Secretary John Kerry, awaiting his review and signature.

“This positive development is the result of our community’s unified campaign to lobby the State Department,” said Loida Nicolas-Lewis, national chair of US Pinoys for Good Governance (USP4GG), who moderated the March 15 national conference call.

“We must not let up now. We need to continue to lobby the US government until TPS is approved for the Philippines,” added Jon Melegrito, spokesman of the National Federation of Filipino American Associations (NaFFAA).

Under US immigration law, the Secretary of the Department of Homeland Security, upon the recommendation of the Secretary of State, may designate a country, or portions of a country, for TPS when conditions exist — such as an on-going armed conflict or an environmental disaster in the country — that temporarily prevents the country’s nationals in the US from returning safely.

Once a country receives a TPS designation, nationals of that country residing in the U.S. would not be deportable and may receive temporary legal status that allows them to receive employment authorization and permission to travel abroad.

Community groups represented in the conference call were urged to ask everyone they know, even non-Filipinos, regardless of their immigration status in the US, to call the US State Department Comment Line at 202-647-6575 on Thursday, March 27.

After a voice message is heard, press: 4 for operator, then ask for the comment line, and then leave your message: “Temporary Protected Status for the Philippines must be designated. I urge Secretary of State John Kerry to recommend to the Department of Homeland Security that TPS be designated for the Philippines. My name is (say name) from (say city and state).”

When Haiti was struck by a devastating earthquake on January 12, 2010, the US government granted TPS to Haitian citizens in the US extending them temporary legal status in the US for a period of 18 months. This has been extended several times because Haiti has still not recovered from the damage of the earthquake.

Last year, the US government extended TPS to Syria because of the civil war that is raging in there. Aside from Syria, Sudan and South Sudan were also granted TPS in 2013.

Other countries that have also received TPS designation in past years include El Salvador, Nicaragua, Somalia and Honduras as a resulting of devastating natural calamities that have occurred in those countries.

“Victims of Typhoon Haiyan clearly meet the eligibility requirements for TPS, and we urge you to extend this designation as soon as possible. The United States has demonstrated its commitment to assisting the Philippines with the recovery effort through foreign aid, military assistance and relief supplies,” the letter added.

There are at least 500,000 Filipinos in the US who are out of status and would benefit from TPS designation of the Philippines. Their hopes that the Philippines would be granted TPS are buoyed by the fact that Pres. Obama has supported immigration reform that would legalize the status of 11 million people in the US and that he will be visiting the Philippines in April of 2014 and could present the Philippines with a special gift.

“Granting TPS to the Philippines would allow hundreds of thousands of Filipinos in the US to send billions of dollars of their income to the Philippines to aid an economy that was devastated by Supertyphoon Yolanda,” said Dr. Celia Lamkin, a TPS advocate from Saipan who participated in the March 15 conference call

“For the sake of our mother country, we urge all Filipinos in the US to save the date and make the time to call the State Department on March 27,” said Loida Nicolas-Lewis.

Protection for out of status Filipinos gains ground

Temporary Protected Status for Filipinos in US picks up bipartisan backing