• TPS now with State Sec. Kerry for review and approval

•  Status would prevent deportation of Filipinos in wake of “Haiyan” 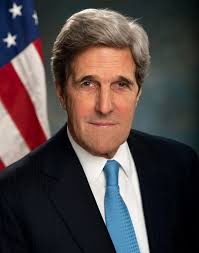 LAS VEGAS, Nevada — The effort to confer a Temporary Protected Status (TPS) on the Philippines is not dead yet and is actually gaining some momentum, according to one of the leaders of the proposal that would put a hold on Filipino deportation in the United States.

Lawyer Arnedo Valera of the Migrant Heritage Commission, a Washington,D.C.-based non-profit group advocating for the TPS , said Philippine desk officer David Arulanantham at the US Department of State confirmed that the State Department’s recommendation for TPS is now at the desk of Secretary John Kerry, waiting for his review and signature.

“There is no doubt in my mind that Sec. Kerry will make a favorable decision,” Valera said. “My optimism [was] shared by Ambassador (Jose) Cuisia, during my informal meeting with him two weeks ago at the Philippine Humanitarian Coalition assembly at the Philippine Embassy.”

If and when it is signed, the recommendation will then be forwarded to the Department of Homeland Security.

Valera said organizations and individual supporting the TPS proposal “should stay (the course) and remain positive that President Obama and the Dept. of Homeland Security will do the right thing.”

He said advocates should refrain from what he called rhetorical remarks and negative comments when Obama visits the Philippines next month to confer with President Aquino on a host of issues.

Earlier this year, Aquino has vowed to bring up the TPS issue in his talks with the U.S. president.

Under U.S. laws, the Secretary of the Department of Homeland Security may designate a country, or portions of a country, for TPS when conditions exist such as an ongoing armed conflict or an environmental disaster in the country that temporarily prevents the country’s nationals from returning safely.

While not required, typically a country must first request TPS before the Secretary will make a designation. 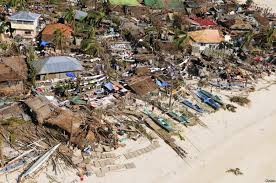 Once a country receives a TPS designation, nationals of that country residing in the U.S. receive a temporary, humanitarian form of relief from deportation that does not include the granting of permanent residence.

The initial TPS designation lasts for a period of 6 to 18 months and can be renewed if the situation still exists.

The TPS proposal came on the heels of “Supertyphoon Yolanda,” which devastated a wide swath of Eastern Visayas, killing thousands and rendering millions more homeless.

Advocates say it would impose a great burden on the rebuilding effort in the Philippines to require the country to reabsorb returning and deported nationals from abroad, many of whom may have homes that were destroyed by the Typhoon.

TPS will provide a safe haven for those who are reluctant to return to potentially dangerous situations, and to assist nations who are under extraordinary and temporary conditions and face difficulties in receiving their nationals safely.

A grant of TPS would allow Filipinos out of status but already in the U.S. to work and support their families in the Philippines, who were impacted by the typhoon.

While the TPS decision rests with the executive branch, the proposal has gained support in the U.S. Congress and state and local governments.

A bipartisan group of 20 senators wrote President Obama a letter expressing their support for a TPS designation for the Philippines. New York and other cities have also expressed support.

So far, the countries that have TPS designation include Syria, Haiti, Honduras, El Salvador and Somalia.

According to the Los Angeles Times, citing a source from the Filipino-American community in Southern California, about 300,000 Filipinos nationwide with no legal status could benefit from a TPS designation.

Aquilina Soriano Versoza, executive director of the Pilipino Workers Center of Southern California, told the Times, the designation would be godsend to Filipinos out of status.

A  Los Angeles-based group, “Relief 2 Recovery – TPS for Filipinos,” a national, public campaign led by workers, legal advocates, grass-roots organizations and faith leaders, among others, is also involved in lobbying the Obama administration and the Department of Homeland Security to take swift action to designate temporary protected status (TPS) for the Philippines.

“It would mean so much to us,” said Joy Ocampo, who admitted to the Times she’s in the U.S. illegally. “I pray that something good will happen for those who have desperate family members to care for.”

In a bipartisan move, 20 US Senators have now joined in the call to accord TPS status to the Philippines, in the wake of the massive devastation brought to the Visayas region and effectively, the to entire nation.

“Typhoon Haiyan has wrought unparalleled destruction and tragic loss of life in the Philippines,” said the senators in their letter to the Obama administration.

“Victims of Typhoon Haiyan clearly meet the eligibility requirements for TPS, and we urge you to extend this designation as soon as possible. The United States has demonstrated its commitment to assisting the Philippines with the recovery effort through foreign aid, military assistance and relief supplies.”