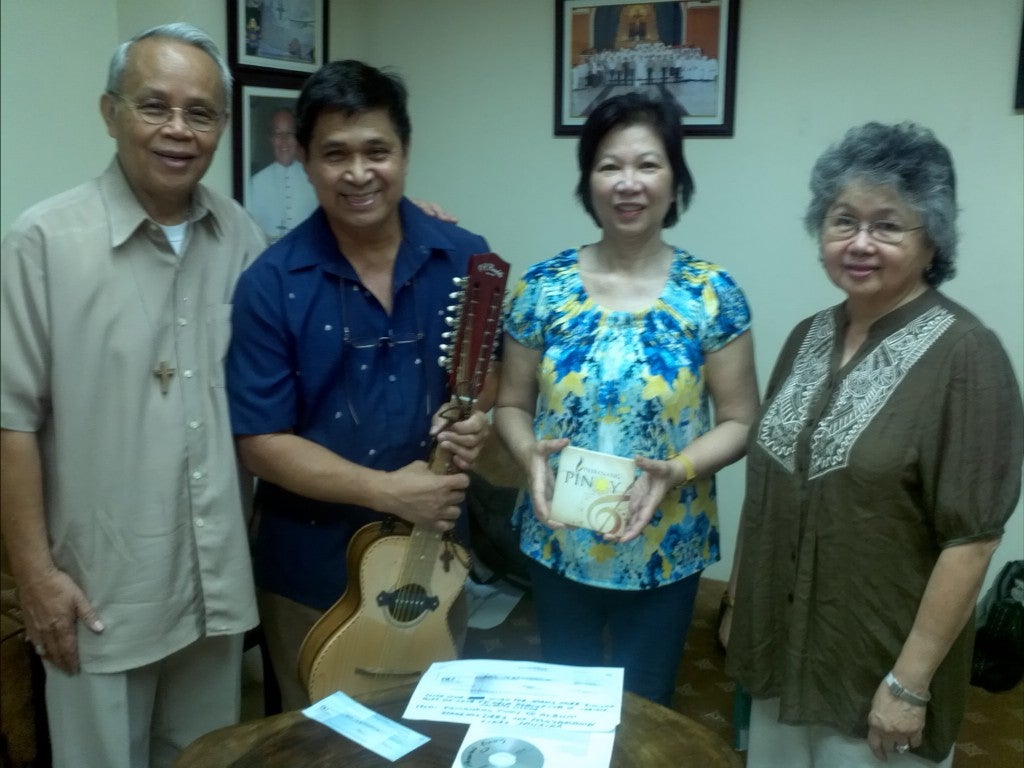 PLM requested that its donation be distributed in the devastated areas of Zamboanga, Bohol, Cebu, Samar and Iloilo. Several communities in Leyte earlier received direct support from the PLM’s efforts.

The amount donated came from the sales proceeds of “Pamanang Pinoy” CD album conceptualized, produced and made possible by collaboration among contributing artists/groups from the US and the Philippines.

Also in the mix was the project proponent and original CD beneficiary, “Pagyamanin Likas Musika” (PLM), a not-for-profit organization based in San Jose, California. PLM’s mission is to promote the appreciation and utilization of the Philippines’ rondalla tradition and music all over the world.

Since its inception on February 2010, PLM has successfully planned and mobilized various benefactors and underprivileged beneficiaries in its successful Rondalla Instruments Lending Program in 50 schools and marginalized communities all over the Philippines.

The project involves transferring skills to young rondalla aficionados. When the CD was being finalized last year at the Vehnee Saturno’s Music Studio in Quezon City, several 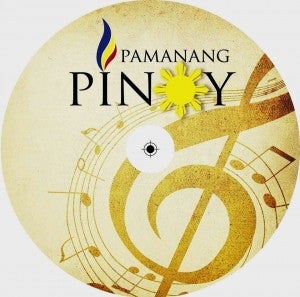 The project stakeholders decided to share 2/3s of the CD proceeds with the calamity victims. Less than two weeks of the CD launching on October 23, 2014, the strongest typhoon on record, “Yolanda,” landed and caused unwanted loss of lives and widespread destruction.

The project decided to re-channel all the proceeds of its limited edition (1,000 copies) “Pamanang Pinoy” CD to support the displaced victims.

From the proceeds of the limited edition (1,000 copies) the project also completed the following direct assistance to various displaced communities:

• Sent funds to ABS-CBN Foundation, Intl. Sagip- kapamilya for the emergency feeding and packaged goods distribution to the displaced victims of various calamities.

• Sent funds to Maasin Archdiocese, Leyte, through Outreach Asia and Salesian brothers of Cebu for the emergency feeding and packaged goods distribution to the displaced calamity victims in their diocese

• Shared pots and pans with women residents of Basey and Marabut, Leyte for them to prepare and cook the much-appreciated donated goods they receive.

• Helped establish lumber production venture out of the millions of downed coconut trees in Bgy. Patoc, Dagami, Leyte and Bgy. Miguelay, San Juan, Leyte by providing them with commercial type and original STIHL chain saws.  Lumber were sold to local residents and nearby communities at reduced prices for rebuilding homes. Cleared areas of downed coconut trees were re-planted and open free areas were made vegetable gardens.

Thus far, a total of P475,000 has been shared from the proceeds of the novel “Pamanang Pinoy

Those who would like to purchase to own or give as gift copy from the remaining limited copies of “Pamanang Pinoy” CD and help promote rondalla music and tradition while sharing acts of generosity to calamity victims may contact: