US ambassador Goldberg pushes code of conduct between Asean, China 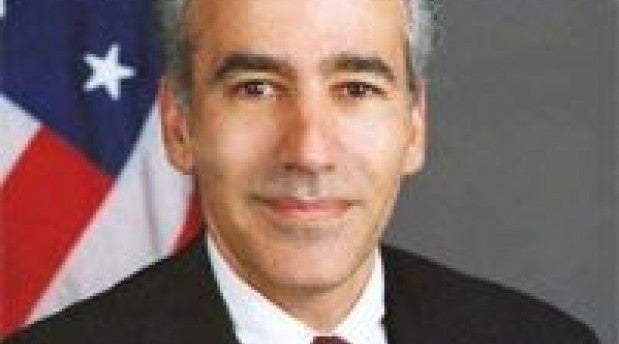 US Ambassador-Designate to the Philippines, Philip Goldberg. PHOTO FROM STATE.GOV

MANILA, Philippines—The Association of Southeast Asian Nations (Asean) and China should come up with a code of conduct that would provide a peaceful, rules-based resolution to the conflicting claims over the South China Sea, US Ambassador Philip Goldberg said Saturday.

Goldberg, who opened the US Embassy’s “America in 3D Road Show on Diplomacy, Development and Defense” in a Pasay City mall, was asked by reporters about an incident in January where Filipino fishermen approaching the Panatag (Scarborough) Shoal were doused with water by Chinese coast guard ships.

“We made it clear that we want to see legal, peaceful [and] diplomatic solutions to any issues relating to the South China Sea, [or] the West Philippine Sea, as it’s known here. And that coercion and the use of force is not at all the permissible route,” Goldberg said.

Last year, the dispute with China over Panatag, which the Chinese occupied in April 2012, as well as over islands in the Spratlys, was elevated by the Philippines to the International Tribunal on the Law of the Sea in Hamburg, Germany, via an arbitration case.

Goldberg said the United States government supported the Philippines’ move for a peaceful resolution of the dispute.

“[T]he reason we support the Philippines in its effort to bring certain of these matters before an international tribunal under international law is that we believe very much, very strongly in the legal process to help determine and resolve disputes. So we are concerned naturally by anything that isn’t in that arena,” he said.

The ambassador recalled that Washington had also spoken out strongly against China’s imposition of an air identification defense zone over the East China Sea, as well as fishing laws in the South China Sea.

“[T]hose things are unilateral, they’re things not done in coordination with other countries in the region,” he said.

Goldberg reiterated that although the US was not a party to the discussions on the code of conduct, his country was an “interested party” because it wanted to keep intact the freedom of navigation in the air and in the sea lanes surrounding the disputed islands.

“[W]e very much hope that those kinds of rules-based solutions will be the ones that will come to the fore,” he said.