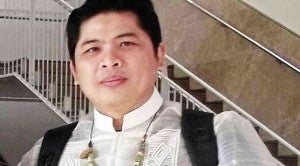 Michael Raymon Pangilinan’s passion for his own Kapampangan culture got him a plum pass to Tokyo University, one of the most prestigious universities in Asia.

Michael, 44, from Angeles City is a visiting researcher at the Research Institute for Languages and Cultures of Asia and Africa (ILCAA) at the Tokyo University of Foreign Studies (TUFS). Since his arrival there in 2013, he has been working on the documentation of Kapampangan language, history and folklore.

A graduate of San Carlos University in Cebu City with masteral units in archeology at the University of the Philippines, Michael says he is also now discovering many similarities between his traditional culture and that of the Japanese.

The Kapampangans, rooted in Central Luzon, are the 6th largest ethnic group in the Philippines.

FEATURED STORIES
GLOBALNATION
In slap on face of PH, China replies to Locsin on tribunal ruling: It’s invalid
GLOBALNATION
PH town given power to name sandbars to assert sovereignty vs China
GLOBALNATION
The Chinese doctor who battled COVID-19 in Wuhan and Philippines

“I was invited to share my knowledge on Kapampangan language, history and folklore since the number of scholars working on this is very limited,” he explains.

Despite his lack of a post graduate degree, his experience as a researcher in the field for many years and his presentation of various scholarly papers in international conferences over the past decade, established his credentials. He has published a book on the indigenous Kapampangan script, “Kulitan,” and has been promoting it, among other aspects of their language and culture, within the Kapampangan community at home and abroad.

Pangilinan’s efforts earned him an award as Most Outstanding Kapampangan Award in the field of Culture in 2010.

“Aside from  the usual research and lecture presentations on Kapampangan language and culture to colleagues, I make sure I always introduce myself as a Kapampangan and explain what a Kapampangan is, should they ask for more clarification,” Pangilinan clarifies. 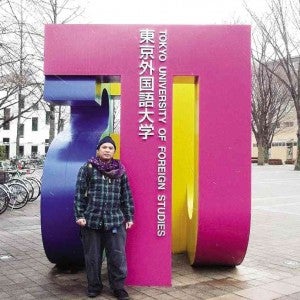 Pangilinan says he sees many similarities between his traditional Kapampangan upbringing in the foothills of Bunduk Alaya (Mt. Arayat) in the town of Magalang, Pampanga, and Japanese culture.

He was raised by his grandfather. “From him I learned how to communicate nonverbally, be respectful and courteous to both man and nature, to know my place before I act or speak, to respect my elders and to always be sensitive to the situation and other people.”

The Japanese are a master of nonverbal communication and of being sensitive to the feelings of others, he says, adding: “As a result of growing up under my grandfather’s care, I can cope very easily with Japanese culture.”

According to Pangilinan Japanese culture may be quite confusing and even frustrating to the current Filipino generation who grew up in this “wannabe-American Manila-based mainstream Wowowee-Eat Bulaga culture.” He often see this conflict with young Filipinos who often come to Japan without learning the language and culture first, thinking that since they are “visitors” they are exempted from cultural norms. Sadly, it does not work that way in Japan. The first thing most Filipinos realized when they first come to Japan is that English is not widely spoken.

He explains that in Japan, one can’t be late or talk loudly. One must always consider the people around.

“Make sure that whatever you do does not inconvenience other people. You always have to be polite and courteous and grateful. You are not supposed to publicly express anger or disappointment, or whine or complain, ” he adds.

In Japan, a person who complains all the time or has no control of his or her emotion is viewed as someone who is weak and unreliable.

However, according to Pangilinan, Filipinos who grew up in traditional households in the provinces will have no problem in Japan.

Pangilinan believes that there has been a change in the wind ever since Japan became stricter with human trafficking and the sending of female entertainers from the Philippines who end up working as bar girls. The growing number of students and intellectuals, culture bearers and professionals from the Philippines who are entering Japan now who have a very good understanding of the Japanese language and culture. Many of these OFWs and scholars have good working ethics and are sensitive to Japanese culture.

“I believe many of us are helping to change the stereotypical image of the overseas Filipino as a “Yankee” (troublemaker) or “Japayuki,” he says.

To fellow OFWs, he has this to say, “Be proud of who you are and your identity. Go back to your roots and recall the teachings of your parents and grandparents. In a foreign country, the major source of strength and stability is how firmly you are rooted to your true indigenous self.”