More needs to be done for Yolanda victims–UN | Global News 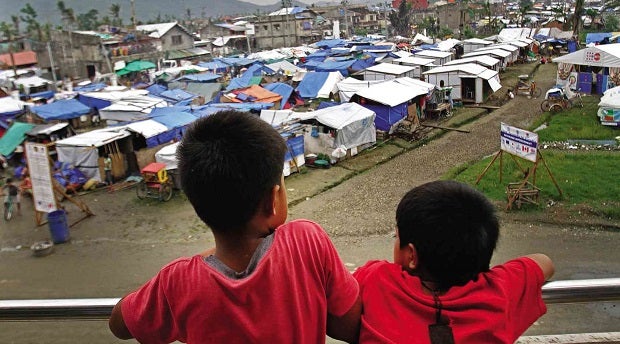 The United Nations warned on Saturday that millions of survivors of the Philippines’ deadliest typhoon were still without adequate shelter 100 days after the disaster.

“The authorities, UN agencies and nongovernment organizations, and the Filipino people should be commended for the pace of progress … But we cannot afford to be complacent,” UN resident and humanitarian coordinator for the Philippines Luiza Carvalho said.

“The need for durable shelter for millions of people whose homes were damaged or destroyed is critical,” she said in a statement.

Carvalho said millions of jobs were also destroyed or impaired after the supertyphoon tore down or damaged 33 million coconut trees, flooded fields with saltwater and swept away or wrecked 30,000 fishing vessels.

Apart from addressing food and health needs, the international aid effort provided tents and tarpaulin shelters to half a million families, while emergency employment programs pumped money into the devastated local economies, the United Nations said.

Many of the devastated areas rely on subsistence fishing and farming, and are on the path of most of the 20 or so typhoons and storms that strike the Asian country each year.

“As the Philippines marks 100 days since the devastating super typhoon struck, our thoughts are very much with the survivors who mourn the loss of so many friends and loved ones,” Carvalho said.

“We are supporting the authorities to help survivors find closure and ensure that the affected regions build back better and safer so that the next massive storm does not bring the terrible levels of devastation that we saw with Haiyan.”

She said the United Nations had raised more than $300 million for the humanitarian effort this year that was expected to cost $788 million.

Priority would go to providing durable shelters and livelihoods, she added.

Abigail Valte, deputy spokesperson for President Benigno Aquino III, acknowledged on Saturday that disaster aid “can never be fast enough” for the areas devastated by Yolanda.

“We continue to assure everybody that the national government agencies that are involved will continue to push for what needs to be done in the areas that have been hit,” she said in an interview on government radio.