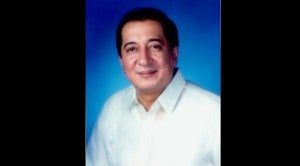 MANILA, Philippines – A lawmaker believes the government should have apologized earlier to Hong Kong over the botched hostage-taking crisis three years ago.

Albay Representative Al Francis Bichara said at a press briefing Tuesday that it would be more shameful if the government waits for worse sanctions from Hong Kong before it apologizes.

“We could have done that earlier because apparently we cannot always say that is the fault of the police captain. We’re part of the operations and we are partly to blame, also,” Bichara said when asked if the government should give in to Hong Kong’s demands.

“Kung hihintayin pa natin na maipit tayo, mas lalong nakakahiya (It would be more embarrassing if we wait for things to get worse before we apologize),” he added.

Bichara made the statement after Hong Kong suspended the current visa-free arrangement for visiting Philippine diplomats and officials. The sanction will start on February 5.

Hong Kong Chief Executive Leung Chun-ying said the government may take more action if it thought it could be “effective” in securing an apology over the hostage-taking.

Hong Kong is infuriated as the Philippines refused to apologize for the act of a disgruntled police officer who hijacked a tourist bus boarded by its nationals in 2010.  Eight Hong Kong tourists were killed because of a botched police operation.

Since the crisis, relations have soured between the Philippines and Hong Kong, home to some 180,000 Filipinos mostly working as domestic helpers.

For his part, Parañaque city Rep. Gus Tambunting said he disagrees that the Philippines should apologize to Hong Kong.

He added that the issue has become too one-sided and that Hong Kong’s sanction is too much a “punishment.”

(Why should we apologize? If something happens to a Filipino in their country, are we going to demand an apology from them?)

Read Next
Filipinos 3rd among world’s heaviest drinkers—study
EDITORS' PICK
Can Your Brand of Meat Be Trusted? Here’s How to Know You’re Eating Safe Meat
Can travel make you fall in love?
Xi’s early involvement in virus outbreak raises questions
COVID-19 has infected more than 69,000 people globally
COVID-19 screening checkpoints remain for those going to Boracay
The Najima Drive: Nissan’s MD drives #GoAnywhere adventures in new video series
MOST READ
WATCH: Sarah Geronimo dances ‘fierce’ version of ‘Tala’
James Deakin visits injured student rammed by jeepney in Makati
SC should have final say on VFA – Lacson
2,000 iPhones given for free by Japanese gov’t to passengers stuck on ship due to coronavirus
Don't miss out on the latest news and information.