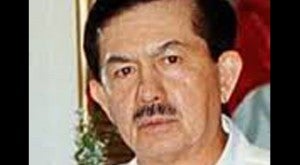 The plaintiffs accused Aquino of authorizing and directing the extrajudicial killing of Dacer, a well-known publicist who was 66 years old at the time of his murder.

Rodel Rodis, San-Francisco based attorney for the Dacer sisters (and INQUIRER.net columnist) was disappointed that the judge whittled down the award but told news media his clients were “vindicated” by Alsup’s judgment.

According to the official court document, in Nov. 2000 Dacer was called to the Presidential Palace and berated for working for the impeachment of then-President Joseph Estrada. Aquino ordered agents to investigate and steal documents from Dacer.

When Dacer lobbied against former defendant Panfilo Lacson’s appointment as PNP  chief, Aquino was ordered to gather a group of operatives to silence the former.

On Nov. 24, 2000, the court found, Dacer was abducted, interrogated and tortured based on Aquino’s instructions. He was then strangled with a wire and his body was burned in a ravine in Cavite. His driver, Emmanuel Corbito was murdered along with him.

On Dec. 24, at 11 a.m., Aquino sent a text message confirming that Dacer had been taken and gave instructions to “neutralize” him.

On this basis, the Philippine Department of Justice recommended Aquino’s indictment for the double murder of Dacer and Corbito, as he “was obviously stage managing the entire operation by cellular phone.”

In May 2001 Panfilo Lacson, by then a senator, learned of a pending investigation of Aquino and advised him to flee to the United States, and he did, the court stated.

Aquino was arrested in the US in 2005 for illegal possession of classified documents. He pleaded guilty, was imprisoned for 76 months and subsequently extradited to the Philippines. He was arrested for the murder of Dacer but released on the basis of technicalities.

Aquino filed a motion to dismiss the plaintiff’s suit but was denied. He last responded to the proceedings two years ago.

On Feb. 1, 2013, a trial date was set, and Aquino was advised to attend pretrial proceedings. The instructions were sent to the NBI address he had provided the court.

Aquino has failed to appear in at least eight hearings and has failed to provide the court and the plaintiffs an updated address. He is no longer in Philippine government custody and his whereabouts are unknown.

“Having gone to great lengths to accommodate” Aquino, the court finally entered judgment “for damages proven at trial.”

Judge Alsup instructed the US Immigration and Citizenship Service to bar Aquino from entering the United States should he attempt to do so.

What Went Before: Dacer-Corbito murders

Honasan urges Mancao to surrender and clear self in Dacer