US immigration agency to limit use of shackles at court 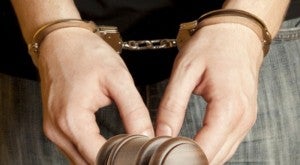 SAN FRANCISCO—A proposed legal settlement calls for federal authorities to limit the use of shackles on immigrants who appear before immigration judges.

A federal judge in San Francisco is scheduled to consider Thursday whether to approve the settlement in a class-action lawsuit filed in 2011 by the American Civil Liberties Union and others.

US Immigration and Customs Enforcement agreed to avoid shackling immigrants at the San Francisco immigration court in many hearings unless there is a safety threat. Immigrants will still be shackled at a type of brief, procedural hearing in which several detainees appear alongside.

ACLU attorney Julia Harumi Mass says the proposed settlement applies only to the San Francisco court, which serves more than 2,000 immigrants a year who are held at county jails in Northern California.