MANILA, Philippines – Jordanian journalist Baker Atyani, who was freed by the Abu Sayyaf after being held captive for a year and half, has arrived at the Philippine National Police headquarters in Quezon City. 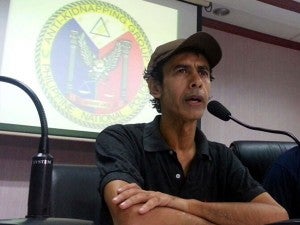 The journalist abducted by the Al Qaeda-linked group arrived around 8:10 p.m.

Atyani was found in Patikul town in Sulu by police authorities.
Related stories:

Jordanian journalist expected back in Manila–PNP