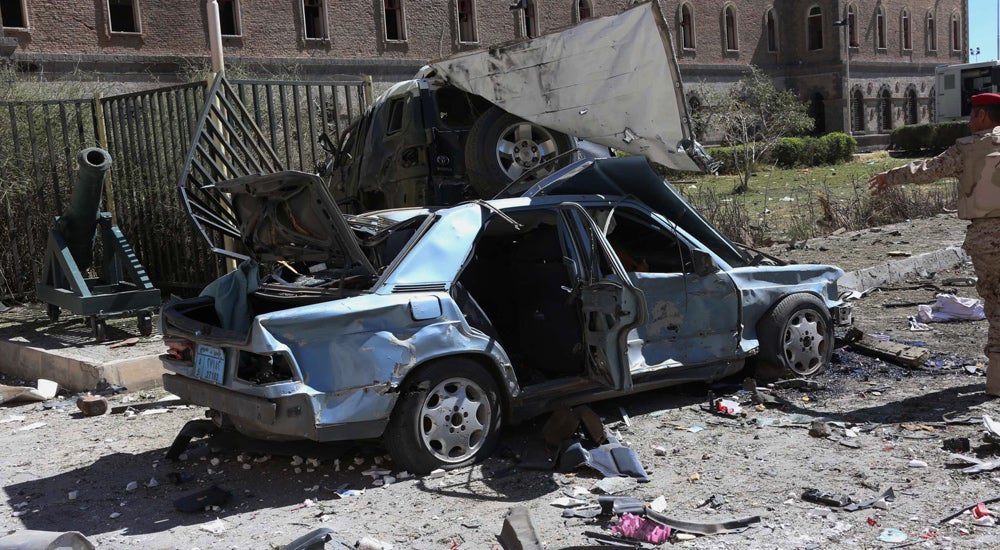 MANILA, Philippines—The Filipinos who survived the initial suicide attack in a Defense Ministry complex in Yemen capital city of Sana’a had to pretend to be dead to avoid getting killed in a shootout that followed, the Department of Foreign Affairs (DFA) said Friday.

“Based on accounts of survivors that [our Honorary Consul in Sana’a, Mr. Mohammad Al-Jamal] was able to talk with, he said that the incident started around 9:30 in the morning,” Foreign Affairs spokesman Raul Hernandez said in a press conference.

Six Filipino medical workers and one doctor were among the 52 killed in the bombing while eleven other Filipinos were injured.

“Others survived the ensuing gun battle by pretending to be dead,” Hernandez said.

Foreign media reported that the suicide bomber had crashed a car full of explosives into the hospital which was inside the complex. Another car full of armed men followed and opened fire at the ministry.

A total of 52 doctors and nurses were killed in what has been described as the single worst attack in Yemen in 18 months.

“We condemn this senseless and barbaric act and we call on the Yemeni Government to bring the masterminds to justice and to take appropriate measures to ensure the safety of Filipinos and other foreigners in Yemen,” Hernandez said.