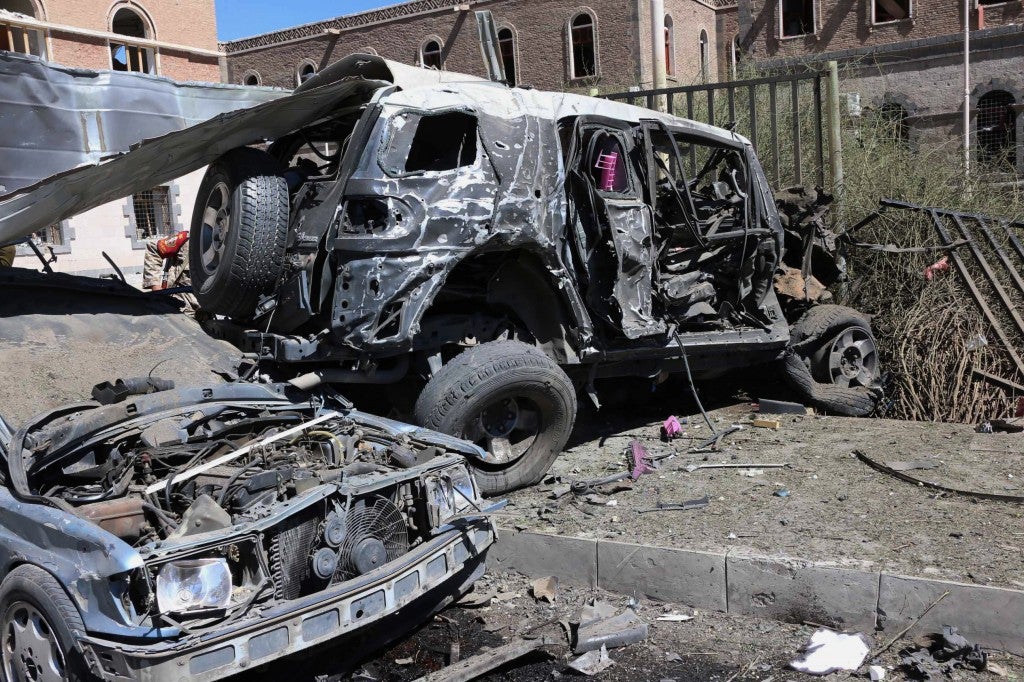 MANILA, Philippines—Seven Filipinos were killed while 11 others were hurt in a suicide car bombing and assault by militants in Yemen Thursday, the Department of Foreign Affairs (DFA) said.

“Seven Filipino hospital workers, including a doctor, were killed in the terrorist attack on the Yemeni Defense Ministry Complex,” DFA spokesman Raul Hernandez said in a press briefing Friday.

“Eleven other Filipinos sustained minor injuries but are shaken and traumatized. One sustained a head injury which required surgery,” he said.

The victims were among the 52 who were killed when a suicide bomber crashed his vehicle filled with explosives into the compound of the Yemen defense ministry where 167 others were injured.

“We condemn this senseless and barbaric act and we call on the Yemeni government to bring the masterminds to justice and to take appropriate measures to ensure the safety of Filipinos and other foreigners in Yemen,” Hernandez said.

The other fatalities included two doctors from Germany, two from Vietnam, one from Yemen and a nurse from India.

They were said to be working at a hospital inside the compound that was most damaged from the attack.

There are almost 1,000 overseas Filipino workers in Yemen.

Crisis alert level 1 has already been in effect since October 2012 which advises OFWs to take necessary precautions to ensure their personal safety, Hernandez said.

“We are still doing a thorough assessment of the overall security situation in the country. The public will be informed of further developments in due course,” he said.