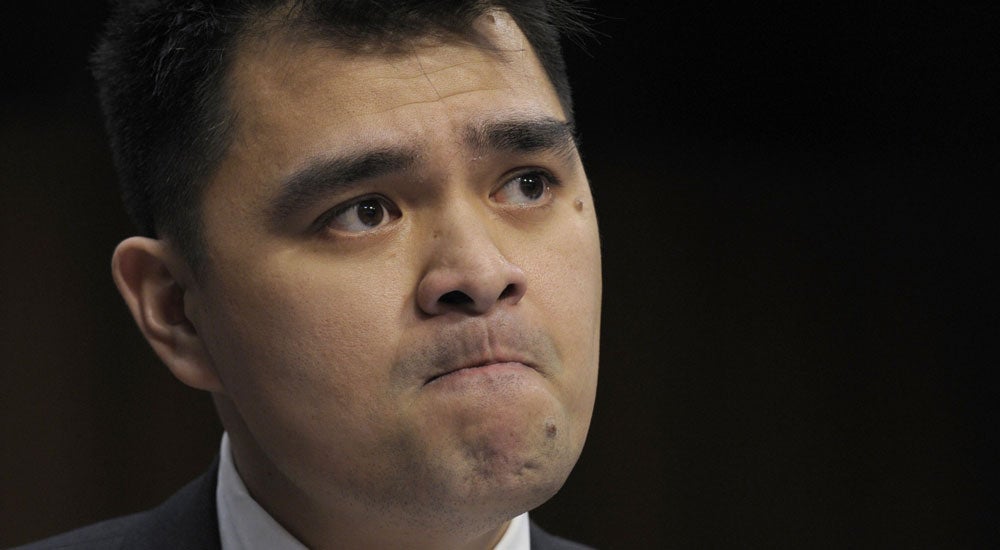 In this Feb. 13, 2013 file photo, Pulitzer Prize-winning journalist, immigration rights activist and self-declared undocumented immigrant Jose Antonio Vargas becomes emotional as he testifies about comprehensive immigration reform during a hearing of the Senate Judiciary Committee on Capitol Hill in Washington. Vargas, a former Washington Post journalist who later revealed he has been living in the country illegally since childhood has made a documentary about his experience and announced Tuesday that he is selling broadcast rights for the project to CNN Films. AP

WASHINGTON—A former Washington Post journalist who later revealed he was living in the country illegally has made a documentary about his experience and is selling US broadcast rights for the project to CNN Films.

Jose Antonio Vargas tells The Associated Press the CNN unit is acquiring his film, “Documented,” to be broadcast nationally in 2014. Vargas wrote and directed the film chronicling his journey from the Philippines.

In 2011, Vargas revealed he has been living in the country illegally since he was brought to the US as a child to live with his grandparents. Vargas grew up in California where teachers helped him gain college admission and employment.

Sean Parker, the founder of Napster and first president of Facebook, is the film project’s lead funder and executive producer.