MANILA, Philippines – United States Department of State secretary John Kerry on Tuesday said in a statement from Washington DC that the US State Department will deploy a group of American veterans to aid in relief efforts in areas damaged by monster typhoon Yolanda. 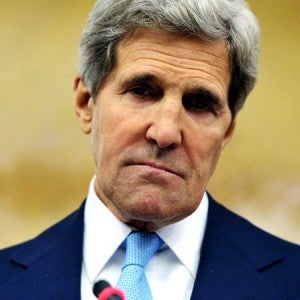 “I want to assure the people of the Philippines and the many Americans of Filipino heritage that we are working as hard as possible to provide essential assistance to help the Philippine people and their government recover from this tragedy,” Kerry said.

Together with Team Rubicon, an American non-government organization that enlists war veterans as emergency responders, the US State Department will aid in the relief efforts in Leyte just as the group did in Haiti and in the US after Hurricane Sandy.

Together with the Philippines Typhoon Disaster Relief Fund of The mGive Foundation, a US non-profit organization, the US State Department will coordinate donations via mobile phones for Yolanda victims.

According to Kerry, the United States has been working closely with its embassies in the Philippines and Palau, which are in constant contact with their partners in local governments to direct the relief efforts to the places worst-struck by the monster typhoon.

Experts from the US Agency for International Development are working closely with local agencies to evaluate the damage and identify the best ways in the continuing relief efforts, the statement said.

“Pentagon personnel are also deeply involved, providing logistical support to make sure relief gets to the right locations as quickly as possible,” said Kerry in the statement.

Also, the US government is organizing emergency shipments of much-needed materials to provide shelter to the displaced Filipinos.

Regional economies may shrink by 8%