Storm-chaser: ‘Yolanda’ totally off the scale 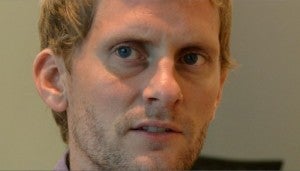 HONG KONG—Never underestimate the power of a typhoon, especially if it’s named after a woman called “Yolanda.”

But the soft-spoken cameraman, who has spent the past eight years filming Asia’s deadliest natural disasters, including the aftermath of Japan’s 2011 quake-tsunami catastrophe, says the supertyphoon that hit the Philippines was the most terrifying event he has witnessed.

“I’ve chased nothing like this before,” Reynolds told Agence France-Presse.

“This was just totally off the scale both in terms of the violence of the storm and then the human tragedy, the consequences of such a powerful natural event hitting a city of 200,000 people.”

“Scientists are saying it’s a candidate for one of the strongest storms to ever hit land. From a personal point of view, this was the most calamitous event I’ve witnessed,” said the 30-year-old who has faced more than 35 typhoons at first hand.

Waiting for the storm 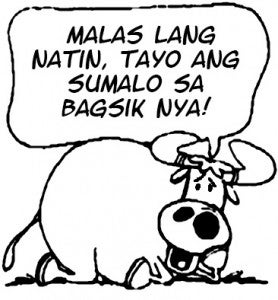 Supertyphoon “Yolanda”—internationally known as “Haiyan”—left unimaginable destruction in its wake after it smashed into the Philippines early on Friday.

Some officials estimated more than 10,000 people died in Yolanda’s wake—the Inquirer tally has more than 1,000 killed, as of Monday—and a worldwide relief effort has begun.

Hong Kong-based Reynolds and his crew of two flew to Manila days before the typhoon was to strike, setting up camp in Tacloban, the coastal city which bore the brunt of the storm when it made landfall.

Years of storm-chasing have taught Reynolds to choose hotels with strong concrete structures that will remain upright and to stay elevated to avoid being caught in the storm surge flooding the city after it makes landfall.

Footage shot from his hotel balcony shows the unfolding destruction as winds reaching 315 kilometers an hour and sheets of rain sweep in from the Pacific, destroying his videocamera and forcing him to improvise with a small GoPro camera and then an iPhone.

(The Philippine weather bureau estimated Yolanda’s maximum sustained winds at 215 kph, gusting up to 250 kph, when it struck Leyte.)

“It was just a deafening roar, the wind screaming,” Reynolds said. “You could feel the building shaking as large objects were crashing into the side of the hotel. For anyone out in the street exposed to it, it would have been instant death.”

As the streets flooded with seawater, the cameramen found themselves turning rescuers as elderly people staying on the ground floor of the hotel became trapped in their rooms by the rising waters.

They used mattresses as makeshift rafts to float them to safety in the stairwell of the building.

“Thankfully in our hotel everyone made it out safely, but the next day we could see bodies of people lying in the vicinity of the hotel, people who didn’t make it through the storm,” Reynolds said.

“I ventured down right to the coastline where a community had basically been wiped out. It looked like a tsunami had come through, shell-shocked citizens sifting through the rubble of their homes, trying to calculate if they had anything left at all.

“It was every man, woman and child for themselves. We saw desperate people looting for food, water, medicines.”

Reynolds’ team was forced to leave the Philippines earlier than planned after one of them severely injured himself on a piece of sheet metal floating in the filthy, debris-stricken floodwater, leaving a 6-inch gash in his leg that cut through to the shinbone.

“It was honestly a life or death situation, he needed medical attention as soon as possible. When you are trapped in a tropical environment with a massive leg wound, if you get an infection, it doesn’t take long for things to go very, very bad.”

While visibly shaken, Reynolds says he has no plans to give up on getting as close as possible to the disasters that batter Asia with tragic frequency.

“I want to put myself firmly within the storm and document it so people can see not only what it’s like to go through one of these storms, but the far-reaching effects they have on the communities they hit—in this case, extreme, extreme devastation.”