Relief efforts for ‘Yolanda’ victims get support from US media 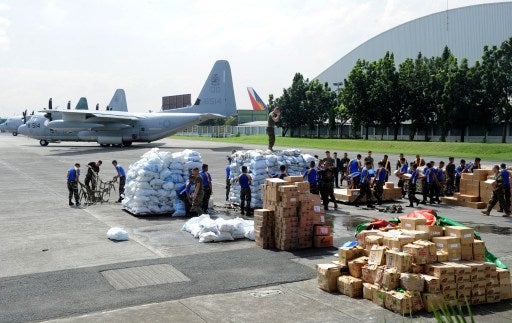 LOS ANGELES — The US media have given considerable attention to efforts to help the victims of supertyphoon “Yolanda” (international name Haiyan), giving Filipino-American groups high hopes of getting strong support from the mainstream community.

When the National Alliance for Filipino Concerns (Nafcon) launched its fundraising campaign “Bayanihan Relief” on Saturday (Sunday in Manila), members of the media came out in full force to cover the event.

“It’s a good sign there’s also concern among the general public, outside the Fil-Am communities,” said Terrie Cervas, who helped contact the media for Nafcon. “We called media outlets the night before, so we were somewhat surprised to get this kind of attendance.”

All the giant networks came — ABC, NBC, CBS and Fox – as well as the local TV station KTLA, Los Angeles Times and other Southern California newspapers. After the press conference, the group continued to get calls from other media organizations, including Al Jazeera, said Nafcon regional coordinator Alex Montances.

A few hours before the Nafcon event, a 5K Walk held in Van Nuys got similar attention from the media. Event organizer Bing Dela Vega of the Philippine Disaster Relief Organization said they were thankful for the “overwhelming expression of support from the community.” About 300 participated in the fundraiser at Lake Balboa and Woodley parks.

In Chicago, ABC7 featured interviews with members of the Catholic Filipino Network — many of them from areas severely affected by the typhoon — who have also launched relief efforts for the victims.

Meanwhile, the Filipino American Community of Los Angeles and the United States Action against PDAF (USAP) Coalition have activated the Tawid Baha Disaster Relief Drive for the Visayas.

In San Francisco, the West Bay Pilipino Multi-Service Center opened its doors as a drop off center for donations of food and medicine for the typhoon victims over the weekend. The center is located at 175 7th Street.