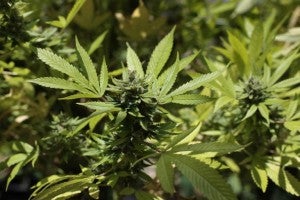 The vast hills and plains of Caragan Valley in the towns of New Bataan and Maragusan are being developed as sites of more than 2,000 hectares of organic rice and vegetable farms, according to authorities.

With infrastructure such as farm-to-market roads funded by the Japanese government and counterparts from the local governments being completed, Caragan Valley would become the rice and vegetable bowl of Compostela Valley, Maragusan Mayor Cesar Colina Jr. said.

“As pilot area for upland organic rice and vegetable production, farmers in Caragan, particularly those belonging to the Mansaka tribe, would be producing enough to supply the entire province,” said Mayor Colina.

At more than 1,300 meters above sea level, Caragan Valley is one of the highest settlements in Compostela Valley. Due to its cool climate and inaccessibility, the area has been known as the source of marijuana being trafficked to cities such as Tagum and Davao and town centers, police sources said.

But with the recent thrust of the local government in turning the area as center for agriculture production, Caragan Valley is slowly shedding off that ugly connection, according to officials.

The settlement area occupies some 4,464 hectares and is composed of parts of Andap village, New Bataan; and Maragusan’s Barangay (village) Langgawisan and Bahi, according to Eduardo Suaybaguio, provincial agrarian reform officer. Caragan Valley has a total area of about 12,000 hctares, including ancestral domain claims by more than 95 percent of the settlement’s 5,000 inhabitants, according to the provincial agrarian reform officer.

The Japan International Cooperation Agency (JICA) has funded a quarter of a billion pesos’ worth of projects, mostly farm-to-market roads, in Caragan as part of its sustainable agriculture programs, with the hopes of transforming the far-flung community into a major agricultural hub in southern Mindanao, Suaybaguio said.

“We are advocating organic rice farming in Caragan as the area is very viable, with the soil very rich and not too contaminated with chemical fertilizers and local farmers still into traditional way of rice cultivation,” Suaybaguio said.

The JICA-funded Mindanao Sustainable Agrarian and Agriculture Development (Minssad) project has a P110 million farm-to-market road and bridge project in Caragan. The 20-kilometer road connects the town proper to Langgawisan and Bahi villages. It was started this year and would be completed by 2016, said Suaybaguio.

“Once the road network is completed, Caragan Valley products can be easily transported to markets in Maragusan and other areas, thus helping considerably our farmers,” said Mayor Colina.

Aside from being the pilot area for rice and vegetable farming, the local government is also pushing for Caragan Valley to become the dairy capital in Compostela Valley, with the planned dispersal of some 400 heads of milking cows to residents there before yearend, said Colina.

He said high-valued commercial crops such as abaca, coffee and cacao would also be planted there.

“An ordinance was even enacted to help strengthen Caragan Valley’s development and transformation as Compostela Valley’s agriculture capital,” the mayor said.