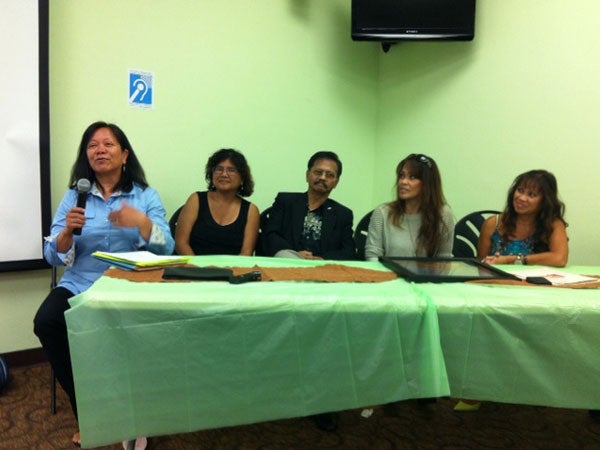 CARSON CITY, California—October has come and gone and yet Filipino American advocates in the US will continue celebrating the community’s growing visibility in American cities like Carson.

Capping the celebration of October as Filipino American History Month, student and community leaders in Los Angeles gathered on October 26 at the Carson Public Library to commemorate what Allan Aquino, of the Filipino American National Historical Society (FANHS), called the first documented landing of Filipinos to the continental United States over 425 years ago.

Carson City is an emerging industrial hub 13 miles south of downtown Los Angeles. Itis noted for a vibrant celebration of Filipino American history and the contributions of Filipinos who came as early as the 1920s.  After all, it is reputed to be the fourth city in the US with the highest percentage of Filipinos–approximately 20,000 out of its total 92,000 residents.

Carson voters continue to vote for Filipinos in their local government since Pete Fajardo’s historic victory as Carson mayor.   Elito M. Santarina continues as a councilman from 2003 to present. Current City Mayor Jim Dear and the rest of the City Council officially proclaimed October as Filipino American History Month starting 2009. 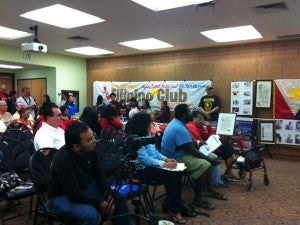 Florante and wife Rose, both influential leaders in Los Angeles County, have co-authored a widely circulated book aptly called “Filipinos in Carson and the South Bay.”

“Filipinos settled in Carson as early as 1920s as farm workers, US military recruits, business owners, medical professionals and other laborers filling the economic needs of the Los Angeles region”, the book stated.

“My father came to Honolulu as a domestic worker in 1925; and joined the navy on December 7 sailing to California on Pearl Harbor Day, aboard the USS Shangrila,” said Florante, a library manager of Loyola Law School who teaches the “Filipino American Experience” at the same university.

At the Carson History Month celebration the couple brought in local community heroes in politics, entertainment, education and business to serve as living testimonials of their historic contribution to nation building.

Lorelei Olaes, the first female “Pinay” elected Council member of the thriving city from 1993 to 1995, gave inspiring messages to students who attended the celebration.  Now an elementary school teacher, the UCLA graduate said that serving in a political office has it rewards, but serving as a Filipino American model to young people brings more empowerment. Another school counselor Ron Buenaventura delighted the audience with his hiphop style “Pinoy” poetry.

The guest speakers of the History Month represented the indelible marks of expatriates’ victory in their fields of endeavors. 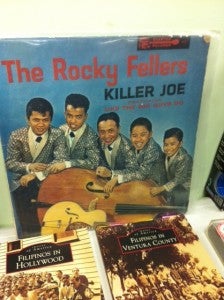 Johnny Itliong, the son of well known labor leader Larry Itliong, recalled that he witnessed “Filipino Americans leading the Great Delano grape strike of 1965, which resulted in the formation of the United Farm Workers.”  He was ten at that time and even then was a farm hand.  He said he is impressed by the impact of community activism on the passing of AB 123 into law October 1.  Sponsored by Assembly member Rob Bonta, AB 123 mandates the revision of education curriculum of California from K- 12 to reflect the significant contributions of Filipino American workers, like his father Larry, in improving the conditions of farm labor in America.

The younger Itliong noted a number of actions not only in Carson but in many places to tell the history of Filipinos in the “farm workers’ movement, truthfully and accurately.” Johnny said an organization, “Destination Delano,” is now reaching out to teachers and students to attend a workshop on November 9 at the Dwinelle Hall at UC Berkeley to learn about the history of the Agrarian Workers (AWOC) led by Larry Itliong, Pete Velasco, Phillip Vera Cruz and others and the 1965 Grape Strike.

“There are other projects such as establishing a historical marker in Delano; creating a group to impact and build a curriculum around this farm worker history,” Johnny said.

Representing the entertainment brilliance of Filipinos such as Bruno Mars, Carson oldtimer Junior Maligmat, band member of the The Rocky Fellers, a pop/rock band in the 1960s, (Scepter Records) came to relate his group’s success during the ‘60s.  The group was composed of four Filipino brothers: Tony, Junior, Eddie and Albert Maligmat, and their father, Doroteo “Moro” Maligmat. They had a hit single called “Killer Joe,” written by Bert Russell and Bob Elgin in 1963. The song was inspired by famed dance instructor and “King of the Discotheque,” Killer Joe Piro.  The young band has many similarities to the Jackson 5.

“Unfortunately, we faded quickly from the music scene in the mid-1960s, well, primarily because of the Beatles and the British Invasion,” lamented Junior Maligmat.

“Killer Joe” reached No. 16 on the Billboard Hot 100 in April 1963.  Among their other recordings was a Christmas novelty song, “Santa, Santa”, written by a then-unknown songwriter, Neil Diamond. The Rocky Fellers also recorded another Neil Diamond song, “We Got Love,” which is available on their LP, “Killer Joe,” from 1963.  Today, one can find the group’s “Dinah Shore Show” (“Everybody’s favorite Filipino kiddie rock band”) performance on YouTube of their enjoyable rendition of “Little Darlin.”

Rose Ibanez, who is a Carson Community Civic Engagement Board member, underlined the importance of calling the annual celebration in October as “History Month, instead of Heritage.”

“Through the years we have made a series of progressive strides as citizens in our local communities and produced local heroes,” she said. “The Filipino farm workers led reforms in the ‘50s and ‘60s. Filipino students of the 1970s organized to gain college admissions, established ethnic studies, joined our counterparts overseas against Martial Law; while Filipino businesses struggled and thrived in Carson, San Pedro, Wilmington, Long Beach and surrounding areas.  These historic developments marked our presence and should be celebrated.”
Next year’s celebration in Carson will highlight the achievements of Uncle Roy Morales and educator Auntie Helen Brown and will involve our vibrant local press, she added.