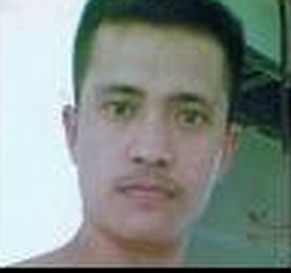 MANILA, Philippines — The government is seeking an extension to save a Filipino facing execution in Saudi Arabia as the deadline to save his life passed, the foreign department said Sunday.

Overseas Filipino worker Joselito Zapanta was given until November 3 to raise more than $1 million to pay the family of his Sudanese landlord, who he killed in a rental dispute in 2009.

“We are continuing our representations with the Saudi government to help us in extending the deadline for the payment of blood money to the family of the victim of Mr. Zapanta,” Hernandez said on ABS-CBN television.

The Philippines is asking the Sudanese ambassador in Saudi Arabia to help convince the family of the murdered man to agree to the extension, he said.

The government is also requesting that the family agree to a lower amount of “blood money,” which under Saudi law, must be paid to a victim’s family before a convict can be spared, Hernandez added.

“We’ll have to try our best to be able to convince the family to extend the deadline and hopefully lower the blood money that is being demanded,” he said.

The Philippine government has previously appealed for donations to raise the money to save Zapanta’s life but the amount they have collected falls far short.

Zapanta was originally due to be executed in November last year but his execution date has been pushed back several times so that the money can be raised.

In February, a Filipino sentenced to death in Saudi Arabia for killing a man he said tried to sexually abuse him walked free after a similar amount was paid to the victim’s family.

More than nine million Filipinos work around the world, often in menial jobs yet earning much more than they could in their poverty-stricken country. Their remittances are a vital pillar to the country’s economy and their welfare is often a hot political issue back home.