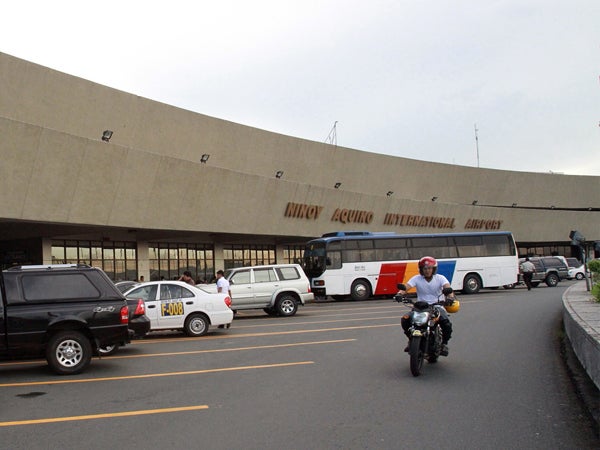 MANILA, Philippines—Ninoy Aquino International Airport (Naia) 1 has retained its dubious distinction—it is the world’s worst air terminal, according to a blogger.

In rating Naia 1 the world’s worst this year, travel blog “The Guide to Sleeping in Airports” (www.sleepinginairports.net) bestowed the 30-year-old airport the same notoriety it earned in 2011.

The website, an online community for travelers looking to cut costs by catching some sleep in airports instead of booking hotel rooms, said users voted this year’s 10 worst airports based on “comfort, amenities and overall experience.”

“When selecting an airport to declare as the ‘worst,’ travelers were asked to consider the four Cs: comfort, conveniences, cleanliness and customer service,” the site said in releasing the list on Tuesday.

It said the world’s airports were rated based on comfort and availability of seats for travelers experiencing delays or layovers, poor signage and availability of food and transportation services, and the quality of staff services, including “immigration officers who prefer to play Angry Birds than process travelers’ documents.”

Naia 1 is the only Southeast Asian airport on this year’s list.

The travel blog said this year’s results were “based entirely on user votes in our site polls and surveys” from September 2012 to August 2013.

The Manila International Airport Authority (MIAA), which runs the airports, begged off comment, saying all issues raised by travelers—including “stinky toilets,” in particular—had been addressed.

The Naia 1 terminal manager, Dante Basanta, said the implementation of the terminal’s P2.5-billion rehabilitation plan announced by the Department of Transportation and Communications would begin this December.

The yearlong work includes “structural retrofitting and architectural upgrading” of the terminal.

The air terminal was built for 6 million annual passengers following expansion in the 1990s. It has, however, exceeded its capacity, hosting 8 million travelers in 2012.

Reviewer Angrycat stayed true to its username in a review posted on the website in December 2012.

While the reviewer found the Naia 1 airport staff courteous, Angrycat thought “everything else sucked.” The traveler had just returned from a trip to Hong Kong and had to line up for 45 minutes at the immigration counter.

“The terminal was chaos upon arriving at the baggage area,” the review said. “There’s a band performing in the middle of the hall which was really noisy and inappropriate.

“I was trying to look for my mother and grandmother and with the band performing so loudly, it not only added to the stress, it made it hard for me to make a phone call with all the noise.”

A traveler that signed in by the name worldtraveller328 complained about all the excessive charges that airport staff and one taxi driver demanded.

In a review posted on Sept. 6, the traveler even cited an encounter with a pilot who said “he was sorry for the corrupted officials in Naia and said that the ‘management’ would fix them.”

“Philippines, a great country with friendly natives and beautiful beaches. That was what I thought before I arrived in Naia,” said the reviewer, who cited being charged P3,000 by a porter and P4,000 by a cabbie.

It was not all bad, however, as the airport still received some praise.

A review by user enzym posted in July found the airport clean and the ground staff kind. He had arrived in Manila late at night and decided to pass the time inside the terminal as “getting to the city is a bit complicated late at night.”

“The presence of the guard made me feel safe enough to even leave my stuff there when I went to the toilet (which was very clean, many staff cleaning it regularly),” the post said.

“Great thing was the cheap, many choices. The airport is calm at night and gets busy around 5 a.m. But even after that time, sleepers are tolerated and not interrupted,” the post read.

While not designed to accommodate travelers who stay overnight, Naia offers a dayroom for sleeping for a fee of $18 (P775) for 24 hours for those who decide to spend a day at the terminal to wait for their flight or for arriving passengers who would like to pass the time before leaving the airport.

The MIAA said it had been making efforts to refurbish the old terminal even before 2011, the first time Naia was rated the worst airport in the same travel blog.

In particular, repairs include fixing—and, at times, completely replacing—toilet facilities and implementing improvements in passenger areas.