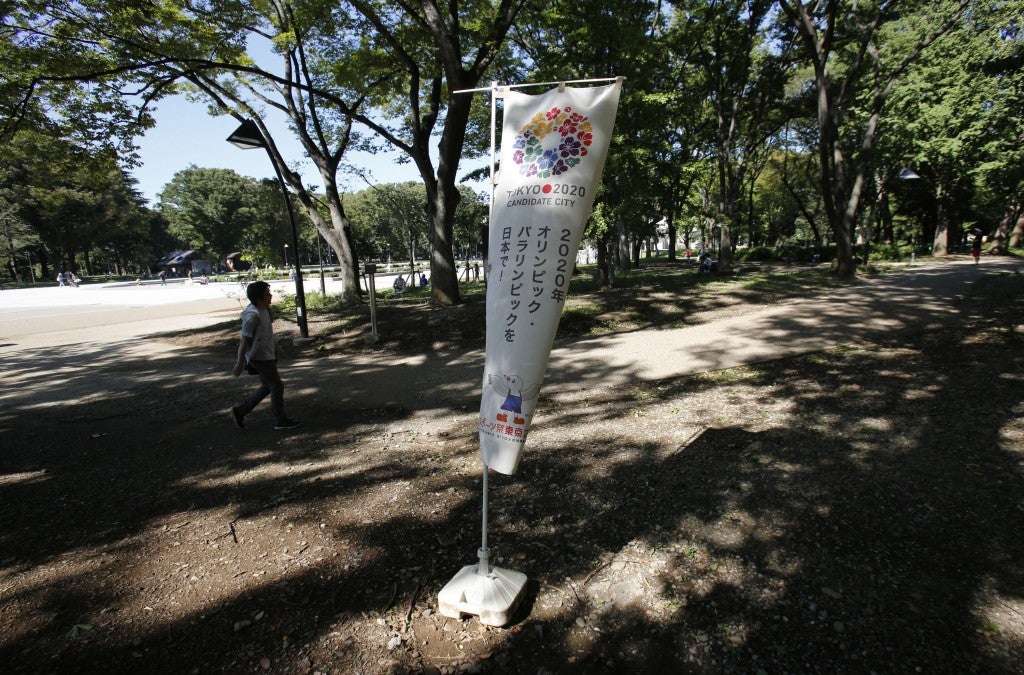 A man walks near a banner of Tokyo’s Olympics bidding for 2020 left at Ueno park in Tokyo, Tuesday, Sept. 17, 2013. Ueno park, Tokyo’s largest temple ground during the Edo period between 1603-1868, is now a popular home ground to amusement parks, temples, museums and the country’s oldest zoo, drawing many local visitors and tourists. Japan is boosting efforts to attract Muslim tourists from Southeast Asia, as part of efforts to lure more tourists to the country and help it recover from its long economic slump. AP PHOTO/SHIZUO KAMBAYASHI

TOKYO—Japan is boosting efforts to attract Muslim tourists from Southeast Asia, with an increasing number of stakeholders in its tourism industry studying up on how to accommodate the visitors’ culture and needs, according to officials from the Asean-Japan Center (AJC).

These are parts of efforts to lure more tourists to the country and help it recover from its long economic slump, as well as prepare for an expected influx of visitors running up to 2020, when it will host the Olympic Games, said Dananjaya Axioma, director of the Tourism and Exchange Division of AJC.

The AJC plays a role in educating Japanese officials, companies and tourism stakeholders about the needs of Muslim tourists.

Last month, the AJC hosted seminars in four Japanese cities on how to welcome Muslim tourists from the region. There are plans to develop a website providing information about Muslims to the Japan tour industry.

He said that in anticipation of the 2020 Olympics, more tourists could be expected to come to the country, including Muslims.

Japan’s visa exemption for visitors from Malaysia and Thailand is also expected to bring in more visitors, he noted. Some tour organizations have been helping lobby for the same visa rules for other countries in the region like the Philippines and Indonesia.

The government of Prime Minister Shinzo Abe has a goal of attracting 25 million tourists by 2020.

Japanese businesses were becoming more interested in learning about Muslim culture because of the influx of Muslim visitors, especially from Malaysia and Indonesia, Axioma said.

The AJC has been teaching the Japanese that it would not be so difficult to handle the needs of Muslim tourists, he said.

For instance, if tour operators cannot provide halal food to the visitors, since such items are not widely available in Japan, they are taught that they can provide a friendly place for the Muslims, such as restaurants that do not serve pork or that offer pork-less dishes, he said.

The AJC is also planning to introduce halal products to Japanese businessmen, he said.

Hotel operators are being told to provide a prayer area for Muslim visitors and are being taught about the Qibla, or the direction Muslims must face when praying.

Southeast Asia is home to a significant Muslim population. Indonesia has the largest Muslim population in the world, over 200 million, and more than half, or about 17 million, of Malaysia’s population are followers of Islam. The Philippines has around 4.6 million Muslims.