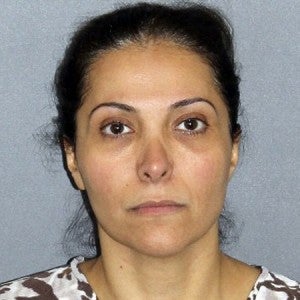 This image provided by the Irvine Police Department shows Meshael Alayban, who was arrested July 9, 2013, in Irvine, California, for allegedly holding a domestic servant against her will. AP/IRVINE POLICE DEPARTMENT

SANTA ANA, California—A Saudi princess has been charged with human trafficking for allegedly holding a domestic worker against her will at a California condominium, prosecutors said.

Orange County District Attorney Tony Rackauckas identified 42-year-old Meshael Alayban as a Saudi princess who was charged with one count of human trafficking. If convicted, she faces up to 12 years in prison.

Alayban was arrested after a Kenyan woman carrying a suitcase flagged down a bus and told a passenger she believed she was a human trafficking victim. The passenger helped her contact police, who searched the condo where Alayban and her family were staying, authorities said.

The 30-year-old woman was hired in Kenya in 2012 and her passport was taken from her on arrival in Saudi Arabia. She was forced to work excessive hours, was paid less than she was promised and was not allowed to leave, authorities said.

“This is not a contract dispute,” Rackauckas told a bail hearing Wednesday afternoon. “This is holding someone captive against their will.”

A judge set bail at $5 million for Alayban and required her to submit to GPS monitoring. He also banned her from leaving the county without prior authorization.

Alayban did not appear in court. Her attorney, Paul Meyer, said the case was a contractual dispute and argued his client shouldn’t be assigned a ransom-like bail solely because she was rich. He said she had been traveling to the United States since she was a child, owned properties here and had given her word she would address the allegations.

“This is a domestic work hours dispute,” he said.

Police say Alayban’s family traveled to the United States in May with the victim and four women from the Philippines.

The victim was working “around the clock” for the family cooking, cleaning and caring for children, said Irvine police chief David Maggard Jr. She had been promised wages of $1,600 a month but was paid only about $200 a month, Rackauckas said.

The other four women left the home voluntarily with police once authorities arrived. They told police they were interested in being free, Maggard said.

No charges have been filed in connection with their circumstances.

Alayban is set to be arraigned in court on Thursday.