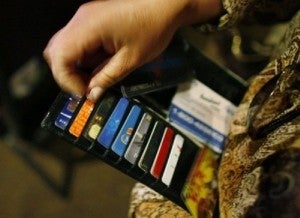 MANILA, Philippines—A judge has issued warrants for the arrest of 44 Chinese and Taiwanese nationals accused of involvement in credit card fraud.

Quezon City Regional Trial Court Branch 216 Judge Alfonso Cruz III ordered the arrest of the foreigners, who are charged with violating the Access Devices Regulation Act of 1998 for hacking into the records of credit cardholders and using the information obtained to manufacture fake credit cards.

The 44 foreigners were previously rounded up by agents of the National Bureau of Investigation’s (NBI) Technical Intelligence Division in simultaneous raids conducted in November 27 last year at Don Antonio Heights and White Plains Subdivisions.

Although the NBI agents were able to confiscate a skimming device, several bogus credit cards and other electronic devices from the group, the inquest prosecutor recommended that the case be subjected to further investigation, resulting in the release of those arrested.

Last month, Assistant State Prosecutor Arnold Magpantay resolved that there was probable cause to indict the foreigners for credit card fraud. In his resolution, Magpantay said that while the electronic devices appeared to be ordinary items (routers, laptop computers and phones), these could be used as tools in committing a crime.

He also noted that none of the 44 Chinese and Taiwanese nationals were able to sufficiently explain their possession of skimming devices which were used in the manufacture of bogus credit cards.