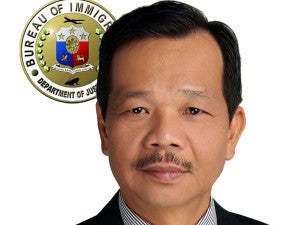 MANILA, Philippines—More foreigners are staying longer in the country, the Bureau of Immigration (BI) said on Saturday.

Immigration Commissioner Ricardo David Jr. said the income from visa extension fees collected from foreign tourists who visited the country during the first five months of the year increased by 16 percent.

He said applications for tourist visa extensions also rose by 6 percent from January to May, compared to the same period in 2012.

“The increases mean more foreign tourists are opting to stay longer in the country or beyond the period of their initial authorized stay,” David said in a statement.

He said the bureau’s main office in Manila and its extension offices in Makati and Pasay cities posted a combined five-month collection of P342.8 million, which was P47.4-million more than last year’s collection of P295.4 million.

Applications for extension of stay received at the three BI offices from January to May also reached 87,986, compared to 82,930 in the same period last year, David said.

He noted that these numbers did not include visa fees collected by the different BI field and satellite offices outside Metro Manila, which are authorized to process applications for visa extension.