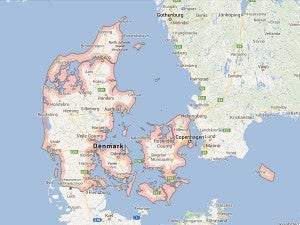 MANILA, Philippines—Impressed by the political and business reforms the Philippines is undergoing, the government of Denmark is keen on boosting trade and is eyeing “a more permanent presence” other than through its honorary consuls.

“We have an eye out for the fact that the Philippine economy is growing and the positive sentiments about political developments, so now we’re looking at our options for establishing some kind of presence. If not a full-fledged embassy, if we’re not sure we have the resources to maintain that, at least we’re looking at establishing a trade office,” said Ruge.

The diplomat was interviewed during the commemoration of Denmark’s Constitution Day in Makati City on Wednesday.

Ruge said expanding the Danish presence in the country was another step in enhancing Denmark’s engagement in the Philippines following the establishment of an honorary consulate in Davao City.

Denmark closed its embassy here in 2002 in a cost-cutting scheme and maintains its ties with Manila through its honorary consulates, the first two in Manila and Cebu.

The envoy said he would relay this renewed Danish interest in the Philippines when he presents his credentials to President Aquino on Monday.

“We at the Danish Ministry of Foreign Affairs are exploring the option of establishing a more permanent presence in the Philippines,” said Ruge during remarks at the commemoration, which gathered together diplomats and other guests.

“At a time when financial prudence and restraint are warranted, it is not likely to be a full-fledged embassy again, but possibly a light presence focused on the activities of the Danish Trade Council, which is an integrated part of the Ministry of Foreign Affairs. In any case, it is a clear sign of our increased commercial and political interest in the Philippines,” he said.

Ruge said the Danish government and the Confederation of Danish Industries were planning to send a trade mission to the Philippines this year, as a follow-up to a trade and investment seminar held here in January.

“This would offer companies that are not yet familiar with the country an important opportunity to get a hands-on feel for the market and to meet key people and institutions,” said Ruge.

“It is not a new market for Danish companies and trade is already significant. But with the impressive and very positive governance and economic developments that the Philippines has been undergoing in recent years, it only becomes more interesting,” the envoy said.

Of particular interest is the Philippines’ work force, which Ruge said was strong in business English and could be tapped for Danish expansion in the business process outsourcing (BPO) industry. Danish firms are also keen on targeting the growing middle class, which may take a liking to more expensive but higher quality Danish consumer products.

“The Philippines hopes to further improve its relations with Denmark, first by increasing trade and investment between the two countries,” Yabes said.

The Philippines also does not have an embassy in Denmark but maintains an honorary consulate in Copenhagen under the supervision of the Philippine Embassy in Oslo, Norway.

There are 1,639 Filipino seafarers working on Danish vessels, on top of the 10,000 Filipinos living and working in Denmark, said Yabes. There are at least 700 Danes in the Philippines, he added.

Read Next
BI: Tourists staying longer
EDITORS' PICK
KWF has no power to ban, censor written works – Lagman
House energy committee chair Arroyo bats for cheap electricity
Powered by style, innovation and passion
A laptop that maximizes your WiFi so you can maximize your productivity
Why Tagle is a leading papal contender
In Borongan, nuns play hoops (not mahjong)
MOST READ
Why Tagle is a leading papal contender
Arjo Atayde reveals proposal to Maine Mendoza was ‘more than a year’ in the making
My neighbor FVR: From soldier to president
Gilas gets solid core with Clarkson, Sotto planing in
Don't miss out on the latest news and information.