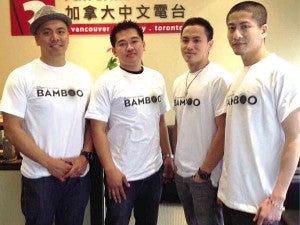 TORONTO, Canada—His drive for innovation has led to the notable achievement of being the first  Filipino-Canadian licensed brewer in North America and the inventor of the all-natural Bamboo Beer, classified as a premium lager by the Liquor Control Board of Ontario.

Vincent Cruz Villanis, 29, is a Filipino migrant who aspires to more than reaping profits from his unique brew. He has a passion for innovation.

Villanis, the young president and founder of Bamboo Beer Limited, was born and raised in San Matias, Pampanga and went to school at the Narciso School Inc. in Angeles City. He arrived in Canada 10 years ago after he was petitioned by his mother, Grace, who came to the country as a live-in caregiver.

He continued schooling at the Notre Dame Secondary School in Burlington, Ontario and later, Sheridan College. Aside from being fluent in Filipino, he learned three other languages: English, Spanish and  French.

He began a career in banking, finance and sold real estate until 2011 when he decided to invest in a bamboo farm in Grimsby, Ontario in the Niagara region.

He set out to learn everything he could about bamboo. Using biotechnology, Villanis developed a way of propagating the plant rapidly and has also identified species which thrive in Ontario’s climate and soils.

Villanis quipped that his interest in biotechnology may be “genetically” traceable to his father, who is a chemist in South Africa.

Here was a product that was appreciated by different cultures. “Beer has always been a part of our Filipino culture, in our celebrations,” he asserted.

He spent most of year 2012 working with top Canadian master brewers to find the hop that would go well with bamboo, and conducting taste events.

As far as bamboo was concerned, Villanis had already explored its tissue culture, studied its nutritional components and byproducts and the process of extracting its nutrients. He said that apart from over 20 minerals identified with the plant, it also had antioxidant properties and a refreshing taste.

Villanis wants to bring his own technology of bamboo extraction back to the Philippines and has already started working in this direction. 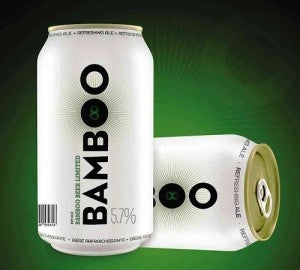 He has formed an Asean team—a team of young and aggressive friends whose vision is to bring bamboo beer to the 10 member-countries of the Association of Southeast Asian Nations—the Philippines, Indonesia, Malaysia, Singapore, Thailand, Brunei, Burma, Cambodia, Laos and Vietnam.

Asean team members include Filipino-Canadians Jay Guanzon and Eric de la Cruz, and Leck Chantara, the only non-Filipino member whose combined nationalities include Laos, Cambodia, Thai, Vietnamese and Chinese. Chantara, he shared, is married to a Filipino. Except for Villanis, the rest of the team are in their early 30s with young families.

Villanis said one of the highlights of 2012 was a trip to Cambodia, on the invitation of the Cambodian government, to introduce the bamboo beer to the country. Villanis said most countries in the Asean region already have big beer companies and many of them are even monopolies in their area. But he thinks bamboo beer need not be seen as a threat but as “an innovative product which can unite the Asean community.”

“Bamboo beer will pave the way for a highly competitive beer industry and unite the Asean community,” he asserted.

The resilient bamboo plant can be propagated almost anywhere which makes it economically viable to all Asean-member nations. “The goal is to make this premium lager available to everybody, across cultures and social status, it’s the beer for the masses,” said Villanis.

By January 2013, the business was officially registered. He says his business model is “conscious capitalism.”

“This business model ensures that all stakeholders—partners, investors, customers and employees—would benefit from the business,” he expounded, adding that “it fulfills a higher purpose.”

“We call our team the lost sons of our countries, in the sense that we all want to give something back to the Asean member-nations, starting with the Philippines. We want to set an example and inspire others to do something innovative,” said Villanis.

To pay it forward to Hamilton, Ontario, where all the bamboo beer team members reside, Villanis said they plan to put initial earnings in a pot for the construction of a Filipino community center.

Chantara, De la Cruz and Guanzon echo the sentiments of Villanis. The boys said they want to propagate a business culture that “revolves around trust, authenticity, caring, transparency, integrity, learning and empowerment.”

Their big day will be in July 13, when the team will launch Bamboo Beer during the Filipinos Making Waves Festival at the Yonge and Dundas Square in Toronto.

The next big move will possibly be in December this year when the team hopes to launch Bamboo Beer in the Philippines.

“Arrangements with wholesalers have been made in Pampanga, Bicol, Metro Manila, Iloilo, Bacolod and Panay. The initial goal is to bring 50,000 cases to the Philippine market every month and work on expansion, he said.

Initial canning and bottling will be done in another Asean member-nation which Villanis said he could not yet divulge.

However, the ultimate objective is to bring the extraction technology to the Philippines, Villanis said.