Of mothers and nurses 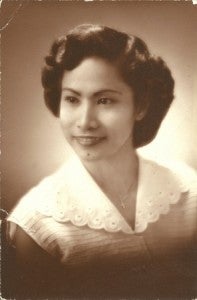 The importance of mothers in the world became clear to me one afternoon a few years ago when my son made a choice during a brief visit to the hospital.

I expected he would pick me. Instead, he picked his mother.

He just had a minor procedure and the doctor said the surgery room could only accommodate one parent at a time. The doctor had asked our son who he would like to come first.

He was around seven at that time and we had been spending more time together. So I really expected that he would ask for me.

It’s not always easy to explain. But having been a parent for nearly 15 years, it has become clear to me that mothers do play a special role that’s not easily filled by dads.

Not even by dads who try their best to fill that role.

After all, my wife and I both take care of our children. We both took time off from work to focus full time on raising them when they were infants.

But she, like most mothers, played a more involved role from the beginning. And when it came to not feeling well or other health matters, our sons were just naturally inclined to turn to Nanay.

Of course, that could also be because their mother is a health professional.

Perhaps my boys were simply making the smart, rational choice: For aches and pains, why go to the journalist — turn to the nurse practitioner.

The image of the mother-nurse is a familiar one to me.

My mother is a retired nurse. Even though she retired 30 years ago, she still sometimes behaves like one.

Nursing as a profession has evolved, of course. For one thing, more men are in it now. I came across this fact recently when my late father became ill and needed professional care.

For this, my family hired two male nurses. And they earned the respect of their fellow nurse — my mother. During one evening transition, when Brian, the day shift nurse, was handing off the work to Ren, the night shift nurse, my mother apparently forgot about her retirement.

She was attending to my father when I told her it was time to let the night nurse take over when she grew impatient: “Teka muna. I-e-endorse ko pa ang pasyente. I still have to endorse the patient.”

And there was my mother, holding his hand, stroking his forehead, keeping him company.

Moving scenes I never will forget. Moving, too, in the sense that it marked their return to the way they were. For that was how they met.

It was after the war and he was recuperating in Manila from the maladies that came to plague him after spending years as a guerrilla in the jungles of Bicol. My mother was his nurse.

She’s also been our nurse. And the nurse of others – including strangers.

One night when I was a teenager, she and I were driving in Manila when we came across an accident in which a man was seriously injured. My mother immediately said, “Boying, dalhin natin. Let’s take him.”

We didn’t have to it turned out. Some good Samaritans found a jeepney to take the poor guy. Still, that was a memorable moment: I saw up-close how my mother’s nursing instincts kicked in.

Of course, it’s sometimes hard to tell if she’s in nurse mode or mother mode. Sometimes, I guess, when it comes to her family, it’s both.

I realized that when I watched her caring for my father during his last days. And it became evident one night when we both ended up caring for him.

We were not immediately able to get a night shift caregiver. So I had to fill in for a night which meant sleeping on a mattress on the floor in my parents’ room.

The idea was for me to attend to my father’s needs so that my mother could sleep. But that’s not how it worked out, not with a retired professional nurse also in the room.

She insisted that she must care for her husband. And, as I found out one brief moment, for her son.

Sometime in the middle of that night, I heard movement. At first, I thought it was my father, but he was sound asleep. It was, in fact, my mother who was on the move. She was on her feet, taking one small step at a time — toward me.

In her hand, a blanket. It was for me.

She had guessed, correctly, that I was getting cold in their air-conditioned room.

She couldn’t help it. She just had to do something. The mother-nurse instinct had kicked in once again.

Happy Mother’s Day to all!