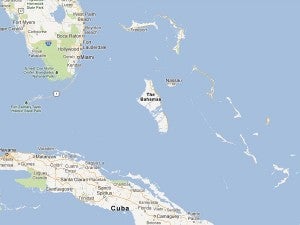 MANILA, Philippines—The Philippines has requested the Bahamas to allow Filipinos to retain their jobs as the independent British commonwealth starts implementing a new labor policy seeking to cut unemployment rates on the islands by replacing foreign workers with locals.

The Embassy dispatched a consular team to the territory just off the US state of Florida earlier this month to make the appeal to the Bahamian government to let Filipino workers keep their jobs despite the pro-local labor initiative.

“We presented Manila’s position on behalf of many of the more than 1,000 Filipinos in Bahamas, particularly housekeepers, cooks, hotel employees and medical workers who stand to lose their jobs as a result of the so-called Bahamianization of the local labor force,” said Consul General Ariel Penaranda in a statement.

Philippine Ambassador to the United States Jose Cuisia, Jr. sent Peñaranda and Labor Attaché Luzviminda Padilla to the Bahamian capital of Nassau this month to convey the request.

Officials from the Bahamian side who met with the Filipino team included Bahamas’ foreign affairs and labor ministers and the chief of the Royal Bahamas Police Force, said the Embassy in a statement.

During the meeting, Bahamian officials recognized the Filipino community’s contribution to the islands, the Embassy said. Filipinos in the Bahamas are mostly employed as domestic helpers, medical workers, cooks and hotel employees.

The Philippine side meanwhile aired its concern about the new labor policy.

The Embassy said the officials “voiced their concern over the reported plan of Bahamas authorities to suspend the issuance of work permits to foreign workers as this would impact negatively on Filipino workers there.”

Bahamian officials then explained that the new policy aimed to give jobs to unemployed locals.

“The position of the Bahamas authorities is completely understandable but it would be greatly appreciated if our workers could be allowed to keep their jobs for the time being and at the same time be assured of certainty in terms of renewing their work permits so they could plan ahead,” Labor Attache Padilla said.

The outreach mission in the Bahamas was the first for the Philippine mission in US since it took over consular jurisdiction over the islands following the closure of the Philippine Embassy in Havana, Cuba, in 2012.