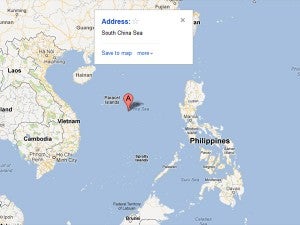 BANDAR SERI BEGAWAN — Competing claims to the South China Sea have for decades been a source of tension in the region.

China’s increasing assertiveness in staking its claim in recent years has caused concern for neighboring countries, particularly the Philippines and Vietnam.

The South China Sea issue will be a top priority for Association of Southeast Asian (Asean) leaders during their two-day summit in Brunei beginning on Wednesday. Below are key facts on the sea and the competing claims:

The South China Sea covers more than 3 million square kilometers (1.16 million square miles) on the western edge of the Pacific, with China and Taiwan to the north, the Philippines to the east, Borneo island to the south, and Vietnam to the west.

It contains hundreds of small islands, islets and rocks, most of which are uninhabited. The Paracel and Spratly chains contain the biggest islands.

The sea is the main maritime link between the Pacific and Indian oceans, giving it enormous trade and military value. Its shipping lanes connect East Asia with Europe and the Middle East.

Major unexploited oil and gas deposits are believed to lie under the seabed.

The sea is home to some of world’s biggest coral reefs and, with marine life being depleted close to coasts, it is important as a source of fish to feed growing populations.

China and Taiwan both claim nearly all of the sea, while Vietnam, the Philippines, Malaysia and Brunei each have often overlapping claims to parts of it.

China’s claim is based on a historical map of “nine dashes” that approaches the coast of other countries.

Beijing and most other countries know it as the South China Sea. Hanoi calls it the East Sea and Manila officially refers to it as the West Philippine Sea.

China has held all of the Paracel islands since a conflict with South Vietnam in 1974 that left 53 Vietnamese military personnel dead.

Vietnam is believed to occupy or control more than 20 of the Spratly islands and reefs, the most of any claimant.

Taiwan has a garrison controlled by its coastguard on Itu Aba island, which is called Taiping in Chinese and is the largest in the Spratlys.

The Philippines occupies nine of the Spratlys, including Thitu island, the second largest in the area. The Philippines has a military presence and civilians living on Thitu, which it calls Pagasa.

China occupies at least seven of the Spratlys including Johnson Reef, which it gained after a naval battle with Vietnam in 1988.

Malaysia occupies three of the Spratlys. The most significant presence is on Swallow Reef, called Layang Layang Island in Malaysia, where it has a naval post and a diving resort.

Brunei does not occupy any land formation but claims a submerged reef and a submerged bank in the Spratlys.

Aside from the 1974 battle for the Paracels, the only other major conflict occurred when Vietnam and China fought a naval battle on Johnson Reef in the Spratlys in 1988 that left 70 Vietnamese military personnel dead.

However, Chinese naval vessels have fired at other times on Vietnamese fishing boats in the area.

In June last year, Vietnam passed a law proclaiming its jurisdiction over all of the Paracel and Spratly islands, triggering Chinese protests.

At about the same time China announced it had created a new city, Sansha, on one of the Paracel islands, which would administer Chinese rule over its South China Sea domain.

Tensions between the two nations started to rise in 2011 when Chinese vessels harassed a Philippine-chartered gas exploration vessel at Reed Bank.

The Philippines then accused the Chinese of a pattern of intimidation, including firing warning shots at Filipino fishermen and laying buoys around Philippine-claimed islets.

A stand-off between Chinese and Philippine vessels that began in April last year at Scarborough Shoal further inflamed tensions. The Philippines says China has since “occupied” the shoal, keeping vessels there.

In January this year the Philippines asked a United Nations tribunal to rule that China’s claims to the sea were invalid. China refused to participate in the legal proceedings, which could take years to complete.

The 10-member Association of Southeast Asian Nations and China adopted a non-binding “declaration of conduct” in 2002 to discourage hostile acts.

But attempts to turn it into a legally binding “code of conduct” have failed.

The dispute has created divisions within Asean. A meeting of foreign ministers last year ended for the first time in the bloc’s history without a joint statement because of infighting over the issue.

Meeting host Cambodia, a China ally, rejected a Philippine push for the statement to take a harder line against the Chinese.

The Philippines has said it will again push at the Brunei summit for a code of conduct to be signed as soon as possible.